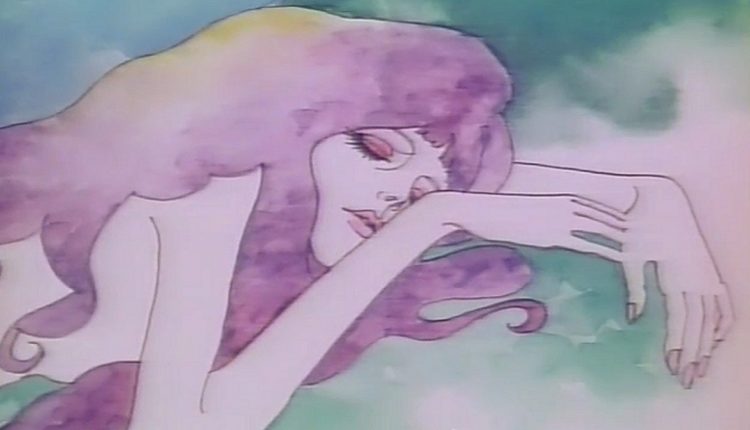 Although you may not have heard of it before this year, or last year, Belladonna Of Sadness has fast gained a reputation in recent months as a bit of a lost classic that many are happy has been cleaned up and given over to audiences to rediscover. While I don’t love it quite as much as some people, I certainly agree with those who are happy that it has been given some overdue care and respect.

Jeanne is a young woman who is treated badly in life. She struggles on with the man she loves, Jean, but it’s a daily battle against growing tribulations and pains, from those in power and those who seem to just resent her presence. When at a particularly low point, Jeanne is surpsied by the appearance of a little devil who whispers in her ear and makes her a promise. She can change her circumstances. For a price. And so begins a dangerous spiral of vengeance and witchery. With a large dollop of eroticism added to the proceedings.

Directed by Eiichi Yamamoto, who also co-wrote the movie with Yoshiyuki Fukuda (based on the novel by Jules Michelet), Belladonna Of Sadness is an interesting and engaging movie. It’s often gorgeous to look at, the themes explored run far deeper than you might initially expect, and the third act clarifies some ideas that essentially sum up a nice historical footnote for the narrative.

But it’s more than just a movie experience. As trite as it may be to say this, Belladonna Of Sadness is a work of art. It’s one that each viewer may react to differently, but there’s no denying that it lingers on moments of absolute beauty on more than one occasion. I was slightly disappointed by the repetitive, cyclical nature of the whole thing (do I dare say that you can probably draw a strong connecting line directly between this and Sucker Punch? I dare, I dare) but every sequence served up some more gorgeous artistry so I never felt short-changed.

If you’re a fan of Japanese animation, even if your only experience of it comes from the works of Studio Ghibli, then you owe it to yourself to see this. I’m not sure where exactly it fits in the “family tree” of animated movies, and I’m still not going to call it a lost classic, but it deserves to be given due credit and attention.

Belladonna Of Sadness is showing on 24th June at 2330 at Filmhouse 1, as part of the Night Moves strand of EIFF 2016.