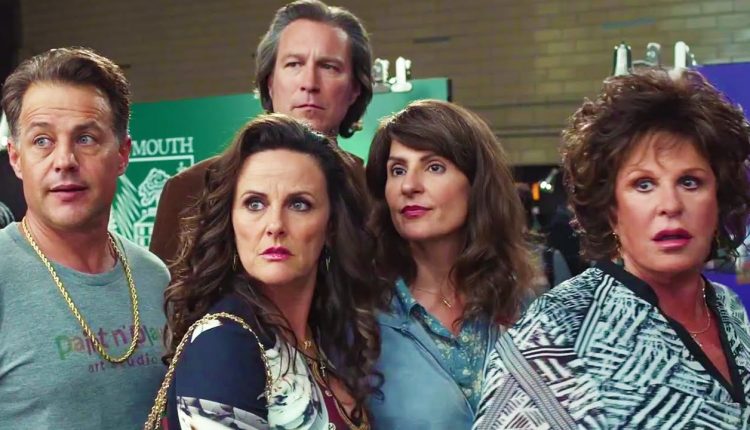 In 2002, comedienne Nia Vardolos wrote a film based on her one-woman play, which led to an Academy Award-nominated sleeper hit. Although it failed to reach the top of the US box office, it became the biggest-selling romantic comedy of all time. After 14 years and a failed TV series, Vardolos brings back the whole family together – with a new wedding.

My Big Greek Wedding 2 revisits Toula (Vardolos), her non-Greek husband Ian (John Corbett) and her crazy family, as her teenage daughter Paris (Elena Kampouris) is about to go to college.  While she struggles to let Paris go, a family secret causes chaos and Toula takes it upon herself to try and fix it.

Despite the immense popularity of the first film, releasing a sequel 14 years later has its risks. Seeing the majority of the characters practically frozen in the same mindset as the original shows little change, as it gives the impression that almost none of the family have really moved on with the times. Any signs of progress such as Angelo (Joey Fatone)’s love life or a short family interchange between Ian, father-in-law Gus (Michael Constantine) and other family members are brushed aside and quickly forgotten. This lack of character development feels stale and the film further suffers without its inspiring heroine Toula, who has now fallen into the ‘marriage and baby’ mould that she wanted to avoid.

On the plus side, Vardolos retains the same charm and wit in her script, and the cast are having a ball during their cinematic reunion. Even amid the awkward FaceTime chats and chance family meetings, it is sweet to see families actually caring about each other without expecting anything in return – even if it is a family like Toula’s.

Overall, My Big Greek Wedding 2 is all hearts and sentiment but the rehashed humour and disappointing character development forms an ultimately lacklustre sequel.