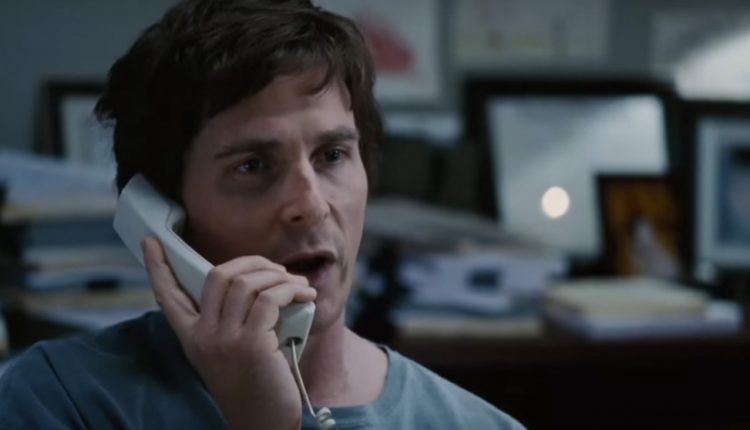 If the era of banker bashing is over, no one told Adam McKay. He has made a tremendous film out of a tremendous book, even if his target is a sitting duck.

Of all the books on the global financial crisis, Michael Lewis’ The Big Short was the savviest: uniquely it married an industry insider’s ear with a canny eye for the plucky underdog.

McKay has melded these natural features with great performances from a cast, all of whom are recognisable in a “surely that can’t be Steve Carrell can it?” kind of a way. Carrell plays a grumpy portfolio manager with few social graces but his personal conviction; Christian Bale an autistic fund manager with a glass eye who cuts his own hair; Ryan Gosling a Deutsche Salesman with a really bad dye-job. Brad Pitt is a bearded tin-hat Wall Street refugee hiding in the Colorado mountains.

As, surely, you’d need to, director takes dramatic license here and there to tighten the narrative and keep up the pacing, but is witty enough to admit it: from time to time the actors break the fourth wall and drily point the conflations out.

Thus, though it’s a long film, The Big Short zips along: the editing is magnificent – and the tedious detail is covered with some neat devices. What’s not to like about Margot Robbie in a bubble bath with a glass of champagne explaining Subprime?

Funny though they are, these teach-ins are my main reservation: while McKay captures the insouciant headiness of the era, he botches these technical explanations of mortgage backed securities, collateralised debt obligations and credit default swaps.

This wouldn’t matter had he written the job lot off as “financial weapons of mass destruction” – good enough for Warren Buffett, after all – but he doesn’t. He goes to some lengths not to patronise his audience, misses fundamental features and makes the whole thing sound like outright and systemic fraud and not the scarier phenomenon it actually was: crowd madness, with the odd bit of fraud thrown in.

Thereby McKay chooses the easy, populist explanation (greedy,  fraudulent bankers playing a system systemically stacked in their favour) over the more interesting one: a market can stay irrational longer than you can stay solvent,  because of  an emergent property of the market that Adam Smith’s simplistic model fails to account: people believe what they want to believe until they simply can’t.

There are natural checks and balances in a financial market. There are plenty of structural shorts in the market. Always have been: shorting is nothing new. These mechanisms ought to have worked but they didn’t. This is the interesting story and it can’t be explained by everyone being on the take or desperate to suck up to Goldman (however much that might be true).

But it isn’t the place of a motion picture to make fine intellectual arguments.  The Big Short captures a mood, it captures an era and I dare say it captures the zeitgeist. Ryan Gosling, Steve Carrell, Christian Bale and Brad Pitt (what a cast, by the way!) have a whale of a time, and none of them oversteps his mark. However sympathetic you are to investment bankers, you’ll find it hard not to feel righteously indignant as the credits roll.