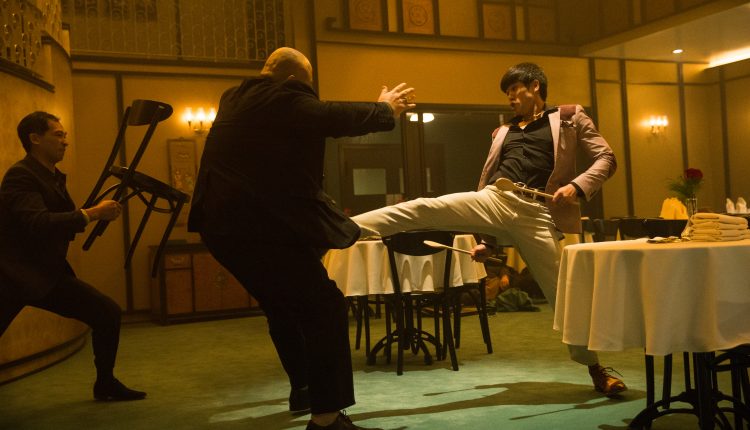 When people think of renowned Chinese martial artists, one name that doesn’t crop up often is Wong Jack Man. A former Shaolin monk, he travelled to the US in the 1960s to establish Jing Wu outside of China. However, he took on another martial artist – a local teacher called Bruce Lee – in 1964, which would become one of the most intriguing fights in martial arts history. This encounter is fictionalised in the latest film by The Adjustment Bureau director George Nolfi.

Set in San Francisco, Birth of the Dragon sees Lee (Philip Ng) trying to establish himself as a martial artist and teacher. In a bid to make a name for himself, he challenges Shaolin monk Wong Jack Man (Xia Yu) as the latter scopes out the martial arts scene in the US.

One of the most disappointing things about Birth of a Dragon is that it is not driven by Wong and Lee. Instead, it is an interracial film that just involves them. While it is hard to build a credible film around an event that is practically undocumented, Nolfi has unfortunately chosen to set the film around the theme of forbidden love. The narrative is driven by McKee (Magnussen), Lee’s student who presents himself as a knight in shining armour to local Chinese girl Xiulan (Jingjing Qu) while acting as the Caucasian go-between for Wong and Lee. This misguided attempt to relate to modern Western audiences lessens the impact of this being an action film and highlights Nolfi’s lack of faith in his charismatic leads.

Wong and Lee present themselves as polar opposites – Lee is desperate to make a name for himself, filled with arrogance and is guided by a fighting style defined by attitude and strength. In contrast, Wong is more controlled and philosophical, so he is more methodical in battle. Both Ng and Yu deliver credible performances and are mesmerising during the well-choreographed fight scenes.

As for the fight itself, it is too short and sweet to truly celebrate it. In addition, having the idea of the match due to the machinations of a lovestruck McKee, rather than Lee’s growing presence in the local martial arts community, takes the focus away from the latter’s achievements like the proverbial finger pointing at the moon.

Overall, while Birth of a Dragon showcases Ng and Yu’s talents and great action scenes that are sure to win over martial arts fans, having a Caucasian drive a story about two Asian martial artists just feels like a cinematic cop-out.