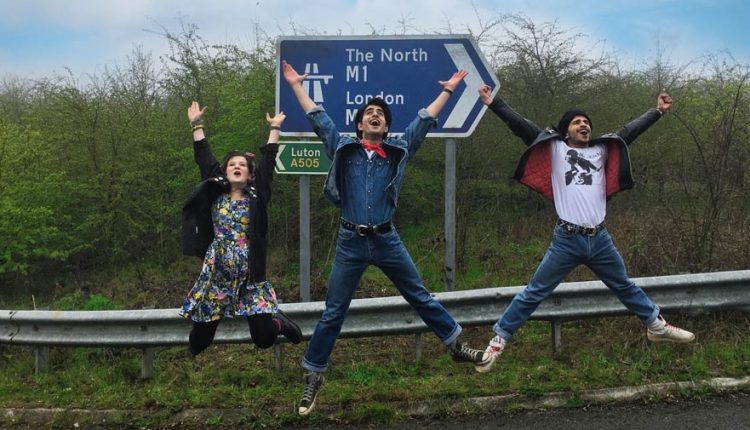 Based on the life of journalist Mansoor, Blinded by the Light focuses on Javed (Viveik Kalra), a British-Pakistani teenager living in Luton in the 1980s. Dreaming of being a writer, he struggles to find his voice until a classmate Roops (Aaron Phagura) introduces him to the music of Bruce Springsteen.

Having directed films such as Bend it Like Beckham and Bride and Prejudice, writer-director Gurinder Chadha has a talent of developing narratives that incorporates culture clashes between different races. In Blinded by the Light, she balances the classic coming-of-age arc with humour and the seriousness of racial discrimination. This not only relays Javed’s social awkwardness but also highlights the difficulties of being a British minority in the 1980s.

Reminiscent of Cameron Crowe’s Almost Famous, the strength behind Blinded by the Light is the music – in this case, it’s ‘The Boss’ leading the way. Through his upbeat lyrics, Javed gradually breaks free from his mundane, submissive lifestyle and becomes more expressive. The story conveys the concept of Springsteen’s music ‘speaking’ to Javed, which emphasises the idea that different cultures can experience the same troubles yet resonate with the same message.

While Kalra’s charismatic performance leaves audiences rooting for the insecure young man who wants to make a difference, the film also offers a strong supporting cast that includes Rob Brydon, Hayley Atwell and Nell Williams. A special mention goes to Kulvinder Ghir, whose portrayal as Javed’s traditionalist father Malik highlights the social and cultural clashes between first and second-generation immigrants.

Although not a musical, Springsteen’s uplifting anthems allow Blinded by the Light to offer a rare ray of cinematic sunshine. Thanks to Kalra’s winsome performance, it is a feel-good film with heart.

Blinded by the Light is out in UK cinemas on 9 August.