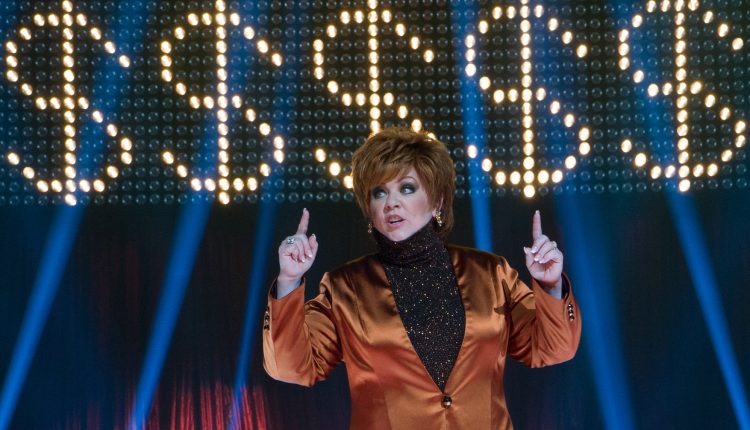 Since breaking out in Bridesmaids, Melissa McCarthy isn’t afraid of putting herself as a larger-than-life character. However, this seeming typecasting has led to lacklustre comedic roles in The Heat, Tammy and The Identity Thief. Her latest film is based on a character she created in comedy group Los Angeles Groundlings, with her comedian husband Ben Falcone in the director’s chair.

The Boss follows wealthy businesswoman Michelle Darnell (McCarthy) arrested for insider trading, thanks to her resentful ex-boyfriend Renault (Peter Dinklage). After a short stint in jail, she finds herself homeless and broke. Desperate, she turns to her former PA Claire (Kirsten Bell) to regain her fortune.

Being a dominating presence, McCarthy easily overshadows her co-stars while trying too hard to be a badass. Lacking in subtlety, her character Michelle shows little compassion and any good-natured acts from her feel false and half-hearted. This predominately one-dimensional character denies McCarthy any real range in terms of acting, and adds to her continuing roster of bold and brash characters.

In addition, the formulaic plot of the reformed character who chooses to open their heart to those who have supported them from the offset is too predictable, leaving very little in terms of originality and complexity.

However, the screenplay co-written by McCarthy, Falcone and Steve Mallory is full of quick-witted dialogue and crude yet entertaining insults, which nicely reflect Michelle’s strong personality. The emphasis on girl power is also strong throughout the feature; between Michelle, Claire, her daughter Rachel (Ella Anderson) and her fellow Dandelions, the theme of female empowerment leaves male co-stars such as the weedy Renault and Claire’s love interest Mike (Tyler Labine) whimpering in the background. It just seems such a shame that while the idea and inspiration is there, it is not supported by a more relatable role model.

Overall, The Boss is brash, predictable and narrowly saved by its potty mouth.

The Boss is out in UK cinemas on Friday 10th June.