Written and directed by Leone Marucci, this is a movie featuring interweaving tales of crime and drama in a style that was overstaying its welcome about ten years ago, and now just feels so far past its sell-by date that the film never recovers from the way it is structured. Marucci may think that he’s being clever and cool, but he’s not. 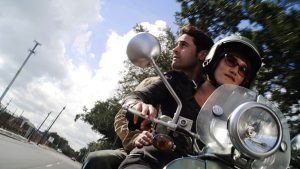 Devon Gearhart plays a young man named Cory who makes a bad decision one day. He’s a good lad, really, but he desperately needs medicine for his young sibling. Unfortunately, he doesn’t have the money for it. Meanwhile, some crooks (one played by Anthony Anderson) are chasing a young man (Jesse Bradford) who ends up being helped by an intrigued courier (Q’orianka Kilcher). A couple of cops (one being Christian Slater) are also in the neighbourhood, looking for a much bigger criminal than the local gang members, and then there are two homeless men (one being Christopher Walken) who watch events unfold around them. And there’s a character named Few (Tione Johnson) who may be able to influence the unfolding events. 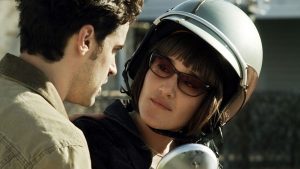 While there are aspects of this movie that feel unique, including how it was promoted and shaped by viewers, there’s just far too much that feels derivative and desperate. It’s like an album full of punk songs covered by the latest boy band du jour (not to be confused with the genuinely great boy band, Du Jour, from Josie And The Pussycats). 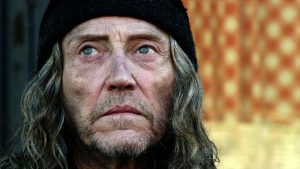 The cast is a mixed bag, with the best moments coming from the more seasoned actors. You may feel differently, but I like Christian Slater, and enjoyed his performance here. Walken is pretty much great in everything does, a statement that I suspect less people will disagree with me on, and is the best thing here. Gearhart isn’t bad, nor is Anthony Anderson, but it’s hard for me to muster any enthusiasm for the performances by Bradford, Kilcher, Johnson or anyone else onscreen. 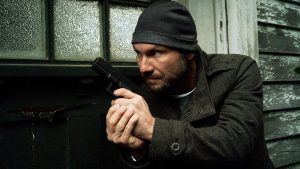 Ultimately, I suspect that the performances could have felt more consistent if Marucci had created a better foundation for them all to work on. That would have changed the whole way in which the movie was made, I’m sure, but perhaps it just goes to show that democracy and collaboration doesn’t necessarily produce satisfying art. 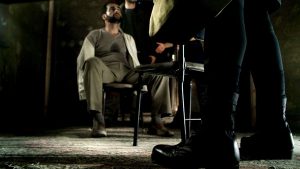 This is not an awful movie. You can get the sense every so often that it’s trying very hard to please. It just doesn’t really succeed.

Bound was released here in the UK on December 26th. Which is probably the same date on which a lot of better titles also hit the shelves.