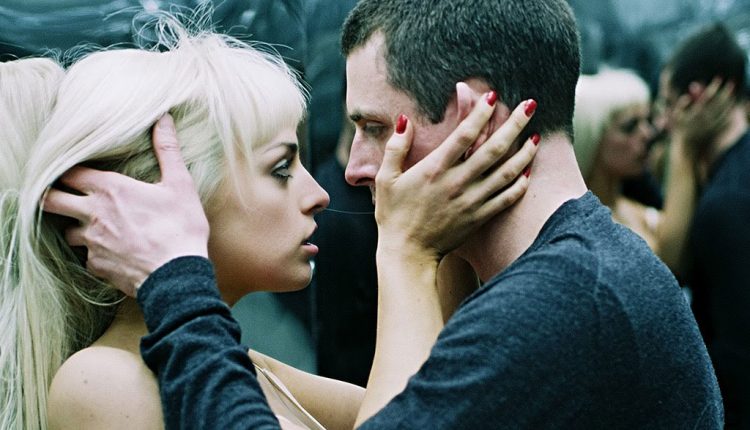 A man (Lachlan Nieboer) watches the woman he loves (Nora-Jane Noone) being snatched away in the middle of the night. He is, understandably, distraught. He then becomes confused when he unmasks one of the people who broke into his home to find . . . . . the woman he loves. Just what the hell is going on? Well, Brand New-U is a company that offers him a chance to receive answers. They offer the chance, as their name suggests, for a brand new you. The terms and conditions, however, aren’t always easy enough to adhere to. Especially if you’re not ready to let go of everything that was part of your old life.

Writer-director Simon Pummell seems to want to say something important here. He uses the sci-fi premise (one not entirely unfamiliar to fans of the genre, of course – especially those who have seen Seconds) to look at love and obsession. If this had been successful, as I’m sure it was at least partially intended to be, as a sci-fi riff on Vertigo then I would have been intrigued and entertained throughout. Unfortunately, Pummell decides to hide some of the better ideas beneath a gamut of irritating stylistic tics and tricks, and undoes the few decent scenes left by stretching them out too far and weighing them down with far too much navel-gazing. Interesting avenues are left unexplored, all for the sake of a core relationship that is, quite frankly, hard to be bothered about.

Nieboer tries his best in a challenging role, but it’s either too much for him or he just can’t overcome the more horrible lines that he’s forcefed. Noone fares better, but only just. And Tony Way swoops in for a couple of scenes, almost stealing the movie entirely with a surprisingly sweet exchange that revolves around the delivery of some guns.

Despite the major problems with the script and direction, Brand New-U isn’t an entirely unrewarding experience. There are some nice visuals here and there, and the world presented onscreen feels like a real one, albeit one with a very small, or perhaps camera-shy, population. And the ideas, whether about the opportunity of a new life or about love, are ones that can make you think about how you would act in a similar situation. It’s just a shame that the way things could play out in the cinema of your mind may well be ten times more enjoyable and interesting than the way things play out onscreen.