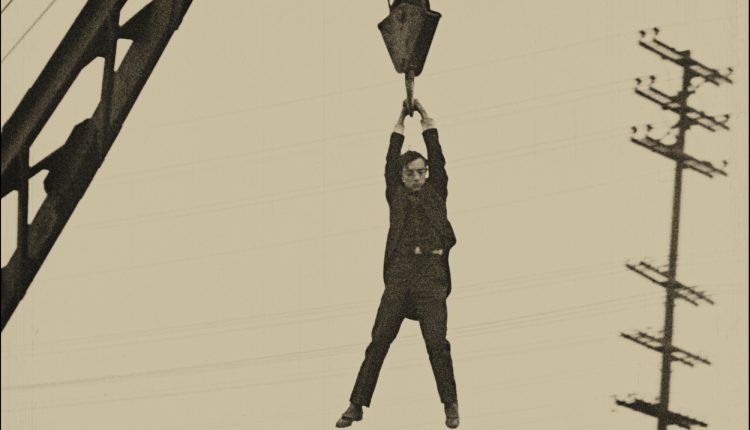 It seems that physical media is one of the only traces of normality that we have left. Without the cinema keeping us occupied and the TV channels’ options repeating themselves, it’s good to see that we can still experience some new movies thanks to the wonders of DVD and Blu-Ray. Masters of Cinema has been leading the way recently with their vast options and glorious restorations and the long-awaited Buster Keaton sequel is just as good as the first.

Buster Keaton‘s movies are some of the most important work from the silent era. Although some montages and poor-quality renditions of his work are available on YouTube, nothing beats seeing the king of stunts in glorious 4K. The three films here, The Navigator, Seven Chances and Battling Butler are some of his lesser known works but are still home to some of his greatest sequences.

Portraying a loyal servant, a hopeless bachelor and a rich dandy aka boxer, Keaton’s ‘Great Stone Face’ persona is just as recognisable here as in his other work. If you’re new to silent movies then this is a perfect starter pack with all three films highlighting the technical brilliance of this era as well as their runtimes just averaging over the 60-minute work.

Eureka Entertainment also does not disappoint with the special features. Audio commentary is included by famed film historians Robert Arkus and Yair Solan for The Navigator, as well as Joel Goss and Bruce Lawton for Seven Chances. Also a multitude of interviews with Buster Keaton from 1945 to 1960 in the later years of his life, along with rare shorts, a collector’s book and more.

Volume 2 of the Keaton collection gives recognition to his lesser known work of today, displaying the pinnacle of his career during the 1920s. With Masters of Cinema already announcing a Volume 3 for this collection and with a Keaton Shorts Box-Set still on shelves after it was released in 2006; soon, you’ll be able to have a complete shelf of work from the vaudeville auteur.