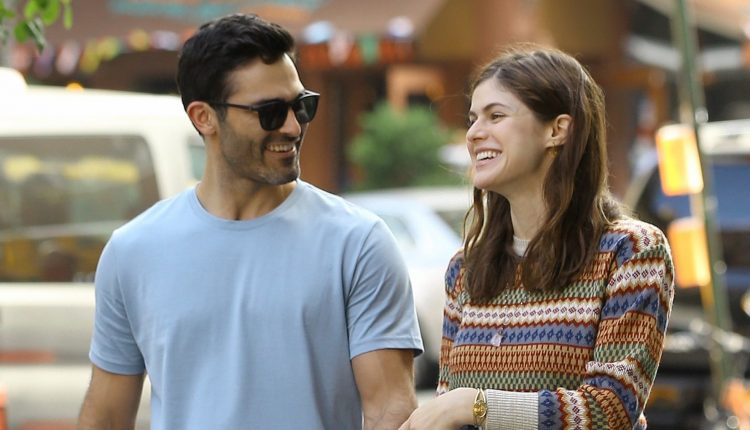 We are currently living in strange times. Which is as good a reason as any to sit back and enjoy a film that can take us away from it all, at least for a couple of hours. With this in mind what better opportunity is there for a good romantic comedy. Well, until one comes along, you could do worse than watch Can You Keep a Secret?, the new film based on the book of the same title by bestselling novelist Sophie Kinsella.

On a turbulent return flight to New York, company executive Emma (Alexandra Daddario) unburdens her woeful life story to Jack (Tyler Hoechlin), the total stranger sitting next to her. Back at work Emma and her colleagues meet the enigmatic young owner of their company, who has just flown into town to find out first-hand how his business is being run. The owner just happens to be Jack, who now knows all of Emma’s most embarrassing and, potentially, career threatening secrets.

Works by writer Sophie Kinsella are strange literary creatures. Despite the runaway success of her numerous books – as well as the phenomenally successful ‘Shopaholic’ series she has also written several standalone novels, one of which this film is based on – they just don’t translate well to the screen. Something of their frantic pace and slapstick element seems to get lost along the way.

Maybe it’s that both of her books which have so far been filmed – Confessions of a Shopaholic (2009), and now Can You Keep a Secret? – take place, for the main part, in London. Why then, you have to ask, do the filmmakers insist on setting the screen versions in New York? You can’t help but wonder, had they been given the English rom-com feel of say Notting Hill (1999) they might not have been saved by a more winning air of British eccentricity.

Instead Can You Keep a Secret plays like a Sex and the City episode, complete with lewd innuendo and risqué adult humour, but sadly without the dry wit or sense that those behind the adventures of ‘Carrie & Co.’ didn’t really care how close they came to the edge of acceptability.

Still, despite these downsides, Can You Keep a Secret? manages to arouse enough interest to ensure viewers stick with it to its predicable conclusion. Set in a movie beautiful New York, with to-die-for apartments, quirky office environments and a cast, the most of whom are of close-up ready gorgeousness – people like Daddario and Hoechlin only seem to exist in the fantasy world of on-screen rom-coms – the resultant ninety plus minutes takes the viewer on a pleasantly innocuous trip, even if you can see the final destination long before it arrives.

All said Can You Keep a Secret?, though by no means a classic, does keep you smiling which, in times like these, is perhaps the most you can hope for.

Can You Keep A Secret? will be available on Digital Download from 4th May, and can be pre-ordered here