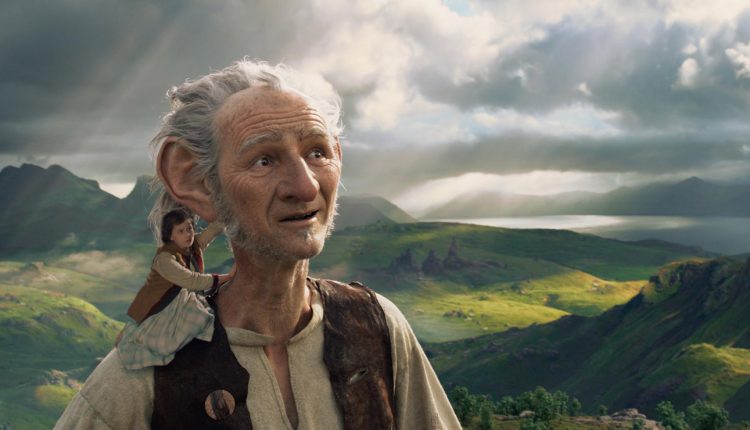 His method may be different, but as a storyteller, Steven Spielberg shares striking similarities with Roald Dahl. Just as he has crafted many moments of purist childlike awe on the screen, so too did Dahl on the page. Their artistic legacies, though individually unique, have equally helped to define millions of childhoods; surely their pairing should be a match made in heaven?

Spielberg certainly remains narratively faithful to Dahl’s beloved novel, following young Sophie (Ruby Barnhill) as she’s whisked away from her London orphanage to the wondrous world of Giant Country by the convivial colossus (Mark Rylance) of the title, before setting off on an adventure to apprehend the evil, man-eating giants who have been invading the human world.

There’s plenty of heart here, particularly in the lead performances: Ruby Barnhill bringing a committed confidence and charm that exquisitely compliments the humble warmth of Rylance’s performance, which transcends the BFG’s plain portrayal as a befuddled simpleton who’s chief attribute appears to be his ability to conjure up nonsense words at will.

For all its sweetness though, there’s very little soul to be found in The BFG. Sumptuous visuals have plenty of surface beauty, but add very little depth: Sophie and the Giant’s prolonged trip to dream country – resplendent with shimmering baubles that rise from a glimmering lake – being a notably hollow sequence that’s no more extraordinary than a light show.

Strung together as an extended series of set pieces, the plot appears mechanical: Melissa Mathison’s script struggling to find an opportunity to stop and connect with the characters on a genuinely compassionate level. And as such, many of the themes so significant to the novel fail to translate with the same success they did in the late 80s animated version. Here Sophie & the Giant’s growing friendship is drawn with the broadest strokes; the loneliness of their prior existence, so crucial to the foundation of their father/daughter companionship, playing second fiddle to the constant perils looming in the form of the other giants who inhabit the land – appearing as a group of oversized Vikings, and voiced with gruff, featureless accents by the likes of Bill Hader & Jemaine Clement.

Dahl’s books have earned such an eminent place in our hearts because they showed the possibilities of what could happen if you let your imagination run wild. Here such creative sorcery is sadly reduced to one extended visit to see the Queen of England (played with enthusiastic aplomb by Penelope Wilton), a wonderfully witty interlude that culminates with an unapologetic concerto of flatulence that’ll have you in uncontrolled fits of laughter. There’s more magic in that one scene than in the rest of the film combined; clearly some dreams just aren’t meant to come true.