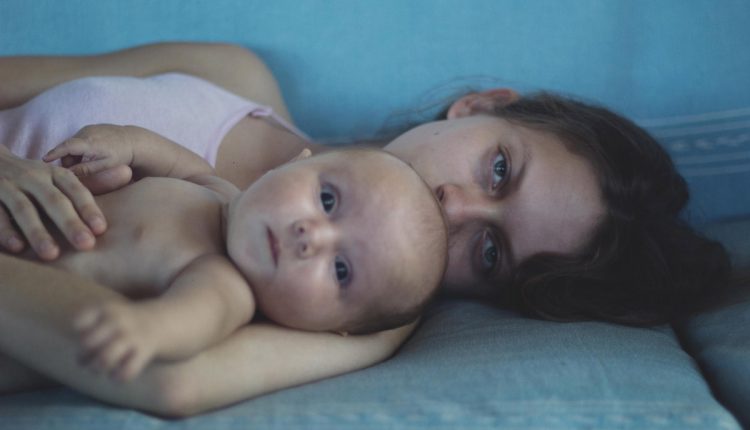 Mothers always know best; to many it may be a fundamental principle, but try explaining that to 17-year-old Valeria (Ana Valeria Becerril), the heroine at the heart of Mexican director Michel Franco’s inflammatory fifth feature. Living in Puerto Vallarta with her half-sister Clara (Joanna Larequi), Valeria is in the late stages of pregnancy. And believes that, with the help of her boyfriend Mateo (Enrique Arrizon), she’ll be able to cope with the overwhelming responsibility that undoubtedly awaits her after the birth, therefore insisting that Clara doesn’t inform their long-absent mother, April (Emma Suárez), about the situation.

Impelled by their economic strain, however, Clara soon finds herself forced to call April, who arrives, and initially appears highly sympathetic to her daughter’s situation. In the days after the baby is born, April does all she can to aid her daughter’s journey into motherhood. But, as the strain on Valeria begins to visibly show, April begins to make tentative plans for her granddaughter’s upbringing that reveal why her daughter was so keen to keep her away.

To reveal any more would be a disservice to a film that deserves to be experienced with as little prior knowledge of the plot as is possible. As those who have seen the likes of After Lucia and Chronic will know, Franco has a ferocious, fucked-up mind, but he makes eminently fascinating films, and April’s Daughter is, debatably, his most impressive to date; the nastiest of nasty delights.

Similarly to Franco’s previous works, there are hints of Haneke in his austere approach: the regularly static camera and lack of music ensuring that our full focus is placed on the characters. He saturates the screen with an ominous air of malaise, the inherent aloofness of his style sending out warning signals to keep us on edge; when April first arrives, her face is not revealed – instilling her with a forbiddingly isolated demeanour even before she’s formally introduced.

Franco is a crafty storyteller, drawing out his opening act at a painfully sluggish pace, ensuring that when the twist eventually does come, it smacks with the weight of a brick to the skull. And though some of the subsequent twists may strike some as too soapy to be taken seriously, his zeal for harrowing content allows him to draw out a domestic tragedy that’s ripe with raw emotion.

It’s Emma Suárez, naturally, who consumes much of our attention, just as did in Almodóvar’s Julieta last year. It’s her magnificently manipulative and unforgivably domineering presence that primarily drives the drama. Like the film, she’s cruel, corrosive, yet also sordidly sexy, and inarguably superb.