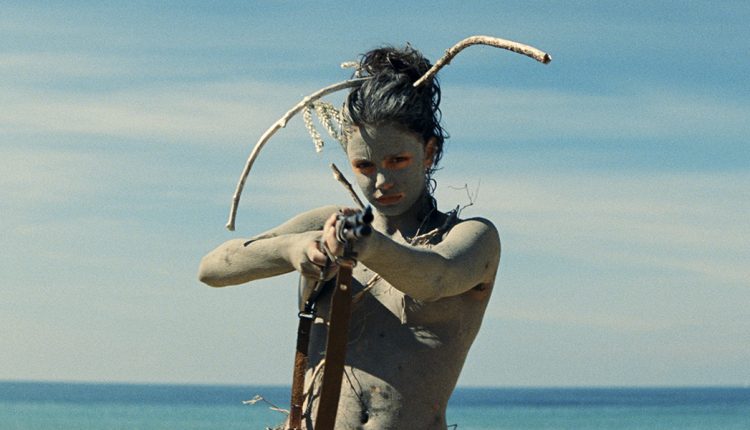 Like it was for Julia Ducournau in 2016, the Cannes Critic’s Week sidebar has this year proven to be the perfect platform for another French female director making her debut. Away from the prestige and weighty expectation of the Official Competition, this looser environment allows Léa Mysius’ first feature the space to breath, and by the end leaves the audience desperately struggling to catch their own.

Ava is a prime example of the edgy and experimental filmmaking the reminds this critic why he fell in love with cinema. It’s a heady cocktail that takes stylistic flourishes from the likes of Harmony Korine & Andrea Arnold, and then proceeds to shake them together with gusto. But crucially, Mysius isn’t interested in serving up her concoction in a tiny little glass, instead she insists on giving you the shaker, and then demands that you down it in one.

Set against the backdrop of France’s sun-kissed Atlantic Coast, the film introduces us to 13-year-old Ava (Noée Abita) as she lies on a bustling local beach one summer’s afternoon. It’s the holidays, an opportunity for her to bask in a newfound freedom, but then, quite suddenly, Ava learns that she will soon lose her eyesight. Her mother, Maud (Laure Calamy), absorbed by her ongoing search to find a new boyfriend, insists on acting as if everything is fine, so as to ensure, she says, that they have the “best summer ever”. Ava, however, has other ideas.

To try and define Ava by genre is nothing but an exercise in futility. Mysius’ approach is more daring, and she delights in confidently toying with her audience’s expectations. Sudden, surrealist outbursts that wouldn’t look out of place in a David Lynch film strikingly underscore Ava’s psychological fears as she confronts the realities of her diagnoses. While warmth and humour is forged tentatively from the rebellious love-hate relationship she shares with her sympathetic, if entirely self-absorbed mother.

At the same time, Ava is also beginning to discover herself sexually, and an encounter with a beguiling local hood, Juan (Juan Cano), who camps out on the beach, awakens a flame in her that cannot be extinguished. Initially it’s his jet-black wolfhound that captures her attention – furry, foreboding, and about the same size as a direwolf – but it is the boy who ultimately steals her heart, as both a lover and, later, a partner in crime.

The route Mysius’ narrative takes will likely be too erratic for some, but it suits the film’s rich, divisive nature. Swept along by both her love for her new beau, and the thrill of finally living a life where she believes herself to be in control, Ava and Juan set off down the coast as outlaws, stealing cash from sunbathers and hiding out in abandoned buildings.

Shot by cinematographer Paul Guilhaume on 35mm stock that perfectly magnifies the film’s romantic, washed-out glare, Ava sometimes evokes memories of Malik’s Badlands: hazy & hypnotic, with the tension pulled taut by Florencia Di Concilio’s intimidating string score. Shadow and darkness are used sparingly in the early stages, but play a much greater role as Ava’s sight starts to diminish – an obvious metaphor for her heroine’s growing loss of innocence, but never one that Mysius feels the need to exploit too plainly.

Anchoring it all is a fearless central performance from Noée Abita, who holds an overwhelming command of the screen from the first scene to the last. It’s an extraordinary debut: imposing, vulnerable, engaging, captivating, and at times even unlikeable – Ava may be the protagonist, but Mysius sees no shame in portraying her as odious and unpleasant. It is, amongst other things, this radically intoxicating approach to storytelling and character that firmly establishes Ava as a film that demands attention; a future cult status surely awaits.