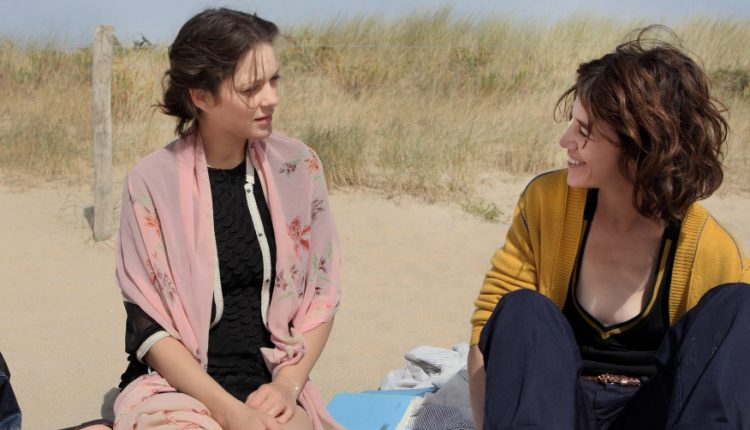 Cannes’ decision to open this year’s festival with Ismael’s Ghosts seems strange to say the least; the execution being so obsessively outlandish, never committed to convention. That said, given this cinematic celebration was originally conceived as a reaction to the manipulation of other festivals, and has always taken a self-absorbed pride in championing creative talent from across the world, maybe it’s actually an ideal choice.

Coupled with the broad synopsis – middle-aged filmmaker’s life descends into chaos following the return of a former lover – the name suggests a poised pensiveness that’s tonally akin to the director’s previous feature: the magnificent My Golden Days. However, it is likely to be those who favour the frenetic experimentalism we saw in Arnaud Desplechin’s earlier works who find themselves on firmer ground here. Despite adopting many of the visual motifs familiar to his oeuvre – disjunctive editing techniques interspersed with theatrical zooms and multiple iris shots – his style remains refreshingly free-spirited; propelled by a distinctively madcap volubility, and an uncontrollable ambition.

It’s this zeal that Desplechin imbues his eponymous protagonist with. At various junctures, we see snapshots of the new film Ismael (Mathieu Amalric) is preparing; a scrappy but enticing drama chronicling the life of his brother, Ivan (Louis Garrel). His brother’s spectre is just one of the many apparitions that consume Ismael’s mind, but it doesn’t hold a candle to that of Carlotta (Marion Cotillard), his former wife, who disappeared years before under mysterious circumstances and is now presumed dead.

So obsessed is Ismael by Carlotta’s memory that he now finds himself drowning in a sea of booze-fuelled depression; only the presence of Sylvia (Charlotte Gainsbourg), his shy & affectionately kind-hearted lover, encourages him to keep his head above water. That is until the day Carlotta walks, literally, back into Ismael’s life; plunging his existence into a tailspin, and leaving Sylvia threatened by this new uncertainty in her future.

Watching the subsequent drama unfold is a curious experience; at once intriguing and infuriating. The profundity of the central performances, particularly Gainsbourg, terrifically temper the film’s frustrations. Ismael & Sylvia are both initially overcome by great shock following Carlotta’s reappearance, and there’s a tragically dejected sadness to this shift in their relationship that the actors seize upon: Desplechin deftly heightening the traumatic sense of change and, perhaps, loss through flashbacks to the beginning of the couple’s courtship.

What ultimately weighs down the director’s vision, though, is his own creative pretension. Considering the calibre of his actors, it’s agonising to see Desplechin’s script, co-written by Léa Mysius & Julie Peyr, be so prone to far-fetched fits of hysteria that only really serve to dilute the drama with unintentionally comedic outbursts; arguments veer from shouting to sweaty shagging in little more than a heartbeat.

In the wake of such melodrama, what we’re left with is an emotional void that negates much of the film’s command; even the quietly melancholic closing monologue, delivered with a bittersweet conviction by Gainsbourg, seems empty. This may be a film with plenty of spirit, but what it’s missing is a soul.

NEWSFLASH! If you go down to the lake today …….