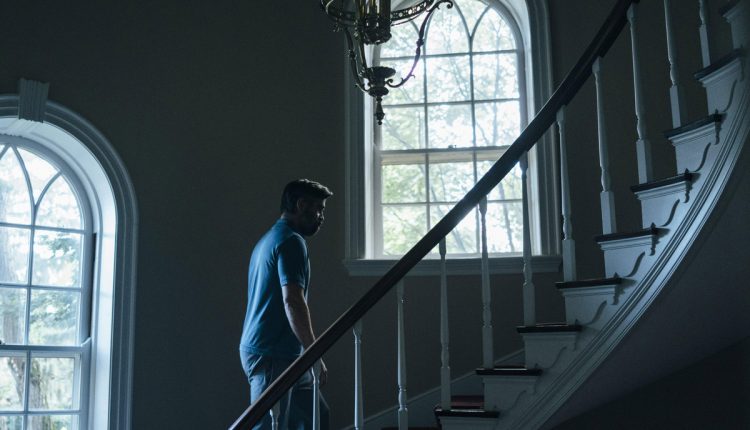 There’s something so cruel about the opening shot of Yorgos Lanthimos’ The Killing Of A Scared Deer. It’s of a beating heart, belonging to a faceless patient who’s undergoing extensive open surgery. As the camera holds on the image whilst gradually panning back, the strident score slowly builds, until it reaches a volume so piercing it practically borders on oppressive. You’re surprised, perhaps even shocked, but it’s impossible to look away, such is the mesmeric grip that Lanthimos now holds on you; he’s a hypnotist, yet he doesn’t even need to click his fingers to capture you under his spell.

I say cruel, as it isn’t long before the biting reality dawns: Lanthimos’ sharp visual style may suggest a sorcerer at the height of his powers, but the truth is it’s only a smokescreen.

The set-up, in the director’s defence (he also co-wrote the film with long-term collaborator Efthymis Filippou), is intriguing at first. The man performing the surgery, we learn, is Steven (Colin Farrell), a successful Cincinnati doctor who lives in a plush suburban mansion with his wife Anna (Nicole Kidman), and their two children, Kim & Bob (Raffey Cassidy & Sunny Suljic). From an outsider’s perspective, their lives seem idyllic, but it’s soon clear that that’s a superficial truth: the stilted mannerisms and stony vocal inflections, so characteristic to Lanthimos’ work, suggesting a more obscure reality.

Outside of work and his home life, Steven appears to be spending a lot of time with Martin (Barry Keoghan), a mysterious teenager with an unsettling, febrile energy. The history of their relationship is unknown, at least at the outset, but we sense Steven’s unease, even as he proceeds to form a familial bond with the boy. Things eventually take a turn towards the sinister, however, after Kim and Bob both fall victim to an unexplainable illness that renders them paraplegic, and emboldens Martin’s attempts to become a closer part of Steven’s family.

Lanthimos’ clinically sombre aesthetic, combined with the sonorous orchestral compositions does initially captivate, but this is a film that regresses all too quickly into something that’s cold, vapid and unpleasant: a soulless psycho-horror with a ruthlessly hollow heart.

Any implied complexity is artificial, the script callously disregarding its characters as disposable cyphers that, despite the best efforts of the ensemble, are designed to service the synthetically provocative plot. Kidman and Keoghan both manage to stand out though: the former contrasting her innate maternal instincts with a withdrawn fragility, while the latter goads us with a cagey, enigmatic command.

An overuse of lengthy tracking shots early on suggest what other stylistic flourishes later confirm; in an attempt to swell the narrative’s underlying paranoia, the director has taken his cue from the Kubrickian handbook, in a clear bid to evoke The Shining’s elegantly discordant atmosphere. But so often does he rely on such elemental embellishments that by the time we reach its unforgivably bleak conclusion, The Killing of a Sacred Deer feels more like a pastiche than something that is actually personal to the director. It goes without saying one would have thought, but someone should let Lanthimos know that it’s never advisable to go full Kubrick.