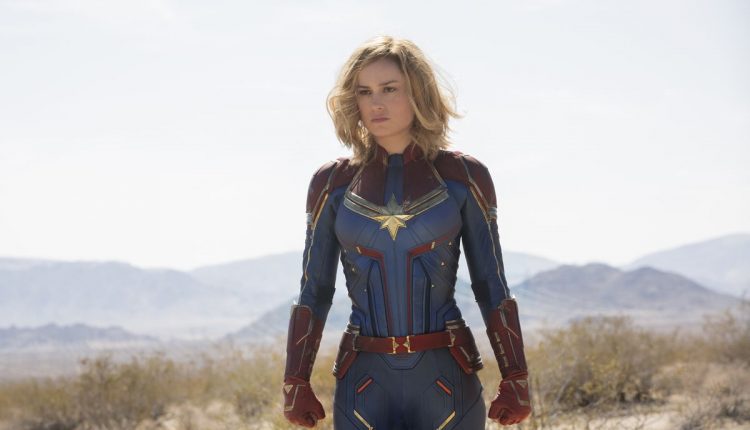 Evangeline Lilly may have broken ground as the first female titled character in the Marvel Cinematic Universe but the studio has yet to deliver an origins story that rivals DC Movies’ Wonder Woman. A decade since Iron Man, Marvel finally puts a female superhero in the limelight.

Starring an ensemble cast, Captain Marvel follows Carol Danvers (Brie Larson), an alien Kree warrior suffering from amnesia. Discovering that Earth is in the middle of an intergalactic war, she travels to the planet – only to re-discover her past and truth behind her identity.

The events after Avengers: Infinity War have left Marvel’s superheroes – not just the Avengers – somewhat lost. With Captain Marvel teased at the end, there was always the pressure to deliver a badass superhero that is more than capable of assisting the Avengers as we head into the forthcoming Avengers: Endgame.

On paper, it feels like there is a lot of pressure. Up until last year, Marvel has been criticised for its lack of diversity. After the success of Black Panther, audiences have been more eager than ever for a female-led Marvel film. Therefore, Captain Marvel needed to be seen as a celebration of women and what they are capable of.

In this respect, the film focuses on Carol overcoming her demons and becoming stronger than her mostly male peers.  It is almost easy to forget how significant it is. While Black Panther highlights its roots in Africa with its focus on the continent and its place in the world, Captain Marvel subtly celebrates women as a gender. This not only applies to its protagonist but the team who bring it to life. This ranges from co-director Anna Boden and co-screenwriter Geneva Robertson-Dworet driving the project, to notable supporting cast members Gemma Chan, Lashana Lynch and Annette Benning, who make an impact in smart and physical roles.

The dynamic between Carol and male characters is also interesting to see. While female characters in the MCU are mostly supporting roles or love interests, Captain Marvel offers a complex relationship between her and Starforce commander Yon-Rogg (Jude Law). He assumes the role of superiority as Carol’s mentor but thankfully, it is not demeaned by romantic overtones. Instead, their conflict stems from their capabilities and allows Carol to be judged by her punch, rather than her looks.

Throughout the film, Carol has been trained to control her emotions to make her a better warrior but it is her empathy that truly makes her a hero. Larson offers charm amid self-confidence and smiles, delivering both emotional punch and physical presence. Marvel mainstay Samuel L. Jackson reminds audiences of his comedic talents as rookie Fury, whose eyes are instantly wide open when confronted with his own close encounter. In addition, his trepidation makes him a more likeable and complementary character for Carol, unlike the stoic Yon-Rogg.

Combining impending doom, emotional angst and wit, the screenplay is typical of an MCU film. The direction is smart and imaginative, with aerial chases reminiscent of Independence Day orStar Wars and fight scenes brilliantly set against a 1990s’ soundtrack dripping with nostalgia.

After 11 years, a cynic could argue Marvel Studios is almost over-compensating for a lack of a female heroine. But you can’t argue with the results – fun, action-packed and empowering, Captain Marvel is the girl power film the MCU needs.

Captain Marvel is out in UK cinemas on Friday 8 March.