The prolific James Franco may have arrived as a feature film director when his adaptation of William Faulkner’s As I Lay Dying became an Official Selection at the 2013 Cannes festival and got US theatrical release for this September 27th. He also has an adaptation with Vince Jolivette of Cormac McCarthy’s Child of God. This (which may also be said of Faulkner’s novel) is a book whose prose is unique, and to turn it into moving pictures is to rob it of what makes it a work of art. You can say this about any novel-into-film, but it’s more true of some than others. Child of God is one of McCarthy’s early, deep-South books and it concerns a disturbing and repugnant character (not that McCarthy’s books are not rife with malignant and horrific people and acts). The Tennessee novels’ effect is disturbing however you approach them but they are meant to come drenched in the authorial voice and its special way of evoking a period and milieu that at the same time is really McCarthy’s world, and no place else; his sensibility, and no one else’s. Franco’s version is a well-made film, dominated by a once-in-a-lifetime, balls-out performance by Scott Haze as Lester Ballard, the crazed outcast, the titular, protagonist “child of God” (testing the range of that concept) who in the course of the story becomes a cave-dweller, murderer, and necrophiliac. This version is also too literal, following the narrative structure and four parts of the novel closely rather than re-imagining it. Franco needs to take on more filmable books, or to film a story of his own devising. 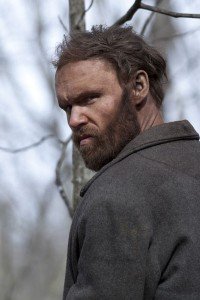 You have to credit Haze, Franco, and the other cast and crew members, who shot in West Virginia rather than the novel’s Tennessee, for recreating very vividly a challenging series of events. Some of the encounters with a mean southern cracker sheriff, ably played by Tim Blake Nelson, even some of Lester’s earlier running around and rough encounters with locals, are familiar stuff. But we’ve never seen a wild man find a young couple suicided in the back of a shiny Forties Pontiac and then copulate with the girl, and then lug her body to his cottage for further use. I won’t forget Lester’s struggle to carry the girl’s body up a ladder to the loft of the cottage, or the cottage all in flames later when he accidentally sets fire to it on a cold night; or how he fills with bullets the heads of the giant stuffed pooh-bear and tiger he won at a carnival shooting gallery (a sequence Franco added); or his flight through a cave escaping from a lynch mob. These are good acting, good staging, and good storytelling. But a few voices reading narration and a few artificial large paragraphs from the book flashed on the screen do not make up for the absence of Cormac McCarthy’s style, among the most unique and sonorous in contemporary American fiction. 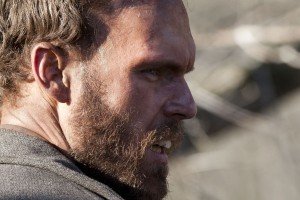 Lester Ballard is an extreme character and Scott Haze delivers in kind. Franco’s regular collaborator Christina Voros provides handsome muted cinematography, in which the protagonist’s crazed mind and adrenalin-drenched experience are evoked through shaky camera and rapid, rough-edged editing. The banjo-dominated bluegrass-style arranged by Aaron Embry is a little conventional, but it neatly links the surreal and comic aspects of the story. This film is not for everyone, to put it mildly. But for those whom it may suit it is absorbing and watchable. Only you should go and read the book, and all Cormac McCarthy’s books. He is one of the great ones (see Harold Bloom). . . and this is only a glorified Cliff Notes “Child of God” (which I find is how Variety describes Franco’s As I Lay Dying). James Franco is an A+ student, who uses his power, cachet, and name to good effect and doesn’t waste them on soft or easy projects. We look forward to seeing what he does when he graduates. 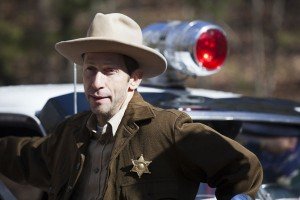 This is added to the list of Cormac McCarthy film adaptations, along with All the Pretty Horses, No Country for Old Men, and The Road.It’s probably no coincidence that the one that works best, the Coens’ No Country for Old Men, is based on the least brilliant and McCarthyian of the adapted novels. The Coens had never done a literary adaptation before, and they are the best writers in the group. Nabokov tried to do his own screen adaptation of his masterpiece, Lolita. It was not a success..