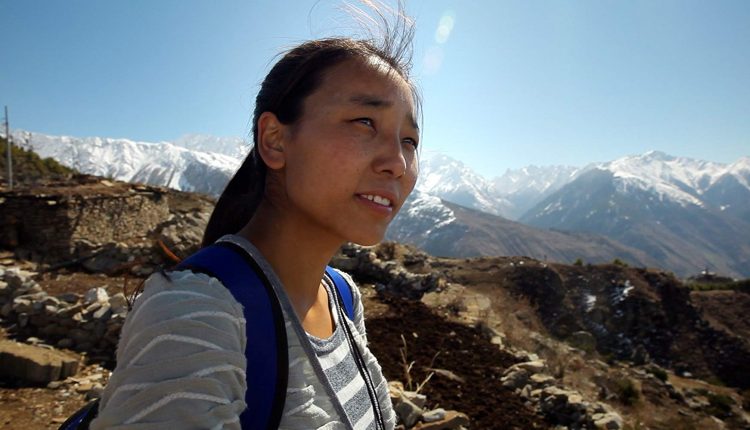 Filmed in Nepal, Children of the Snow Land sees children from the country’s High Himalayas sent to school in Kathmandu from just four years old in the hope that education will provide them with better chance in life.  While they are there, the distance from their homes means they have no contact from their families.

Upon graduation, the now-teenage students leave their modern life to undertake a challenging trek across mountains to visit their families

When we first see the children, they come across as rejects – dealing with abandonment issues from their families while progressing in their education. This immediately casts a negative outlook of what is to come as these students’ families are quickly cast in a bad light. It is heartbreaking to hearing about how parents supposedly left their children without a goodbye or explanation, and audiences are left to wonder how they were able to grow up without their family.

However, the documentary begins to uplift this bleak tone as three of the students – Nima, Tsering and Jeewan – leave to go back home for three months. Producers Zara Balfour and Marcus Stephenson showcase the natural beauty of the area using beautifully shot footage from GoPro cameras, while the students experience a challenging journey home. A far cry from the confined community of the school, it exposes them to the wilderness and isolation experienced by their families, as well as their basic albeit impoverished lifestyle.

Although they have to trek over unfamiliar territory for days, the students’ journeys are more than physical. As they reach their homes and spend time with their families, their collective realisation as to why they were seemingly abandoned – as well as the hardships their relatives go through every day – becomes apparent. The documentary sheds a light on the communities’ rural lifestyles, which are heavily influenced by a lack of resources and income. The decision to put their children into education is no longer seen as an escape but as a means of survival, which makes it all the more poignant and bittersweet.

Overall, Children of the Snow Land is an emotive yet beautiful coming-of-age documentary that highlights the hardships of Nepali citizens.

Children of the Snow Land is in UK cinemas and on demand from 14 March 2019.