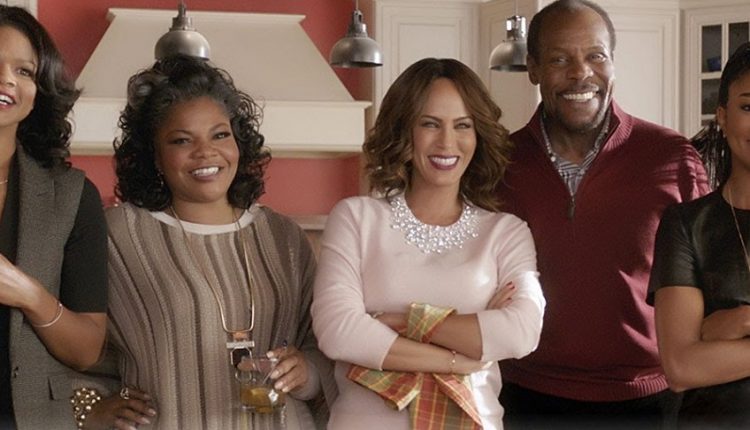 Almost Christmas is the kind of film that you know, deep down, could have been decent. The talent in front of the camera is not inconsiderable, with a cast that includes Danny Glover, Kimberly Elise, Omar Epps, Mo’Nique, Romany Malco, J. B. Smoove, Gabrielle Union, and John Michael Higgins. But it’s a very different story behind the story, with everything in the unsteady hands of writer-director David E. Talbert, who fumbles things from the very beginning and never makes up for it by the time the end credits roll, almost two hours later.

The story revolves around the family of Walter (Glover). Having lost his wife, Walter is desperate to honour her memory with a perfect family Christmas. That’s easier said than done, of course, with a family that includes some who cannot help sniping at one another, some who are moving up in their career by making some tough choices that the family wouldn’t really approve of, a bigmouthed waste of space, and a young man who is struggling to come off pain medication after a bad football injury.

During the opening third of Almost Christmas I wondered if I was being too harsh. After all, every movie like this has to introduce the characters and set up the tension that will run on until a finale potentially full of resolution. It didn’t take me long to realise that the problem didn’t lie with me. Few of the characters made much of an impression, with identification and sympathy being derived more from who is doing the acting than who they are supposed to be (Glover even has to trot out his most famous “I’m getting too old for this shit” line).

Talbert obviously thought he was doing a decent job. He wasn’t, although if you’re a fan of any of the cast members then you’ll at least find some mild entertainment value here. The contrived plotting becomes downright insulting at times, some aspects are dwelt on for far too long while others are rushed, certain events are invested with more importance than they deserve, just to add drama and tension, and nothing feels all that different by the time the whole thing ends. Things have happened to change the lives of some of the characters, but none of it feels authentic, or even worth caring about. And it takes a major effort to make me not care about Gabrielle Union.