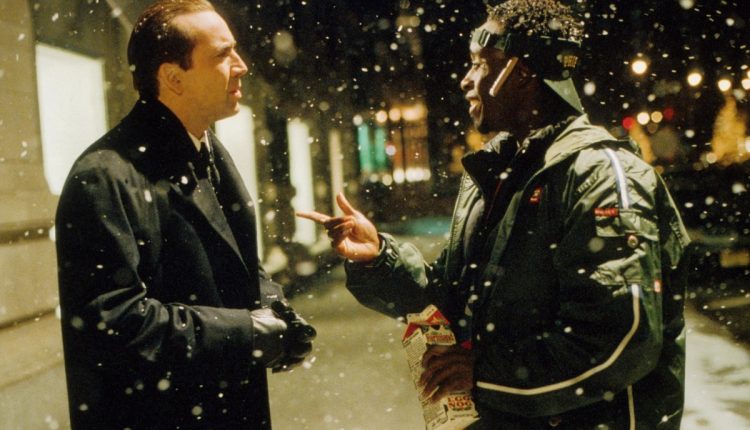 A skewed riff on It’s A Wonderful Life, this is a decent drama that many will pre-judge based purely on the presence of Nicolas Cage in the lead role. Just like so many other Nicolas Cage movies.

Cage stars as Jack Campbell, a successful and rich investor who seems to have everything that he wants, except for a lovely woman (Kate, played by Téa Leoni) he left in his past to follow his career path. Not that he regrets his choices, or so it seems, but a generous angel (Don Cheadle) gives him the opportunity to glimpse what his life otherwise could have been.

Written by David Diamond and David Weissman, The Family Man is almost perfect in the way it mixes some magic, some cynicism, and a sense of hope. The film is divided into specific sections; an opening act that gets the ball rolling and shows Cage reacting appropriately confused, a second act in which he settles into his new role and starts to appreciate what he is being shown, and a third act that, well, you’ll have to wait and see what happens there.

Brett Ratner directs with his usual lack of flair. Luckily, he can’t do too much damage. As he does with most of his directorial outings, Ratner plays the odds with a good cast that he allows to give some very good performances. He helps himself more, on this occasion, by mostly avoiding attempts to make the main premise cooler than it needs to be. This is an old-fashioned tale given complementary direction, give or take one or two moments.

Cage will never win over viewers who have already had enough of him decades ago, which is always a shame when he continues to appear infrequently in films that use him well. The Family Man uses him well, mainly because it keeps his character more grounded than many of the other “eccentrics” he has played. Téa Leoni is also used well, excelling in a role that minimises her faults and maximises all of her best qualities to make Cage being so in love with her all the easier to believe. Cheadle has fun in his small role, and Jeremy Piven, Saul Rubinek, and Josef Sommer all do very well in supporting roles.

It’s quite predictable, and pretty comfortable viewing, but this is also a film that doesn’t tie everything up in a neat bow. It uses the magic to teach a valuable lesson to the main character, managing to avoid feeling too mean-spirited, even when it’s making things tougher and tougher for someone finally starting to realise what is really important to him. Most people should enjoy this, especially if they’re fans of Cage.