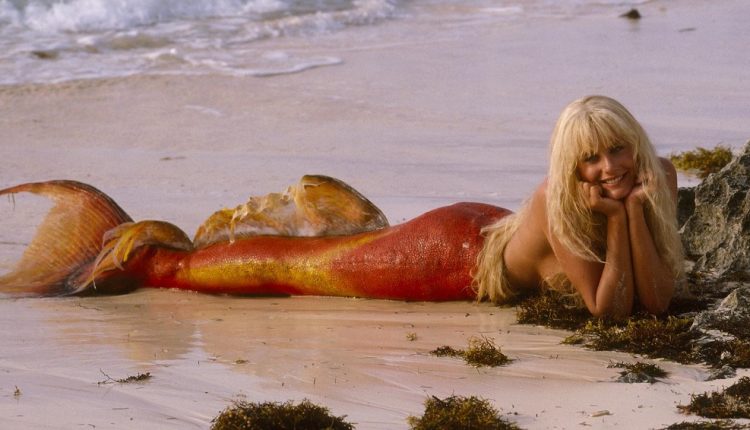 An enjoyably simple ’80s comedy, Splash is a (literal) fish-out-of-water tale that stars Tom Hanks, Daryl Hannah, John Candy, and Eugene Levy. Directed by Ron Howard, this is fairly safe family fun, with careful hair placement and camera angles making sure that not too much is revealed by the main mermaid figure (portrayed by Hannah).

The story is simple. Hanks plays Allen, a small business owner stressed out by daily trials and tribulations that are exacerbated by his brother, Freddie (Candy). Heading out for some time to himself, Hanks meets a young woman (Hannah) he ends up falling for. He doesn’t realise that she’s actually a mermaid, because her tail only develops when she gets wet, and there are certain people (including Eugene Levy) who would like to capture her and run numerous tests.

Developed from an idea by Brian Grazer, this is slick mainstream entertainment that only really suffers from a third act that never feels as urgent as it should, considering the problems it throws at the main characters. This is down to the script, written by Lowell Ganz, Babaloo Mandel, and Bruce Jay Friedman, but things aren’t helped by the pedestrian direction from Howard. He does okay, and has made an admirable career from crafting some fine movies that never feel stamped with any sure sign of his presence, but everything stays at the same level when it should rise and fall, be it the comedy or the tension.

Despite most of the people being involved already having plenty of experience in the movie industry, Splash ended up bringing a lot more success to the main players. Some, such as Hannah, would arguably peak in the ’80s, while Howard and Hanks have never looked back, achieving great results separately before reuniting for the film adaptations of some blockbuster Dan Brown books (The Da Vinci Code, Angels & Demons, and Inferno).

It’s not hard to see why the film performed so well, even if it never hits any real highs. The plotting is simple and safe, the comedy is mild, the soundtrack is nondescript, the character played by Eugene Levy is a decent baddie, and John Candy is on fine form. And let’s not underestimate the selling point of Hannah being such a beautiful, but family-friendly, mermaid.

It’s no The Litte Mermaid, but neither is it a Splash, Too.