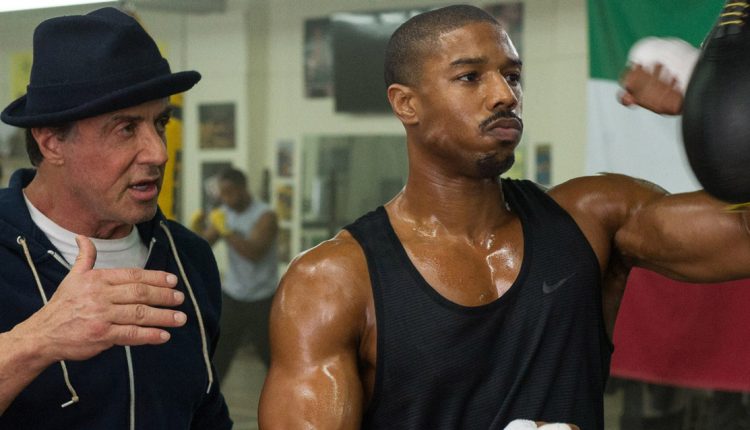 There is an interview available to watch on YouTube in which Sylvester Stallone, promoting the vastly underrated Cop Land, discusses his growth as an actor and transition to more serious work. Stallone talks interestingly about how he essentially created a rod for his own back with his success on the Rocky and Rambo film series. By making a name for himself in two iconic roles, Stallone found it difficult to escape the shadows of his characters and find other work in which to be taken seriously. He even goes as far as to describe his work on Cop Land as amounting to a complete career change. Stallone certainly shows no sign of belittling the characters that defined, and still define, his career, but there is a sense that the Stallone of the late nineties was trying to free himself of the Rambo and Rocky burdens.

Cynics may have raised an eyebrow at his return to the Rocky character, but 2006’s Rocky Balboa was a triumphant homecoming. Happily, Stallone shows no signs of abandoning the underdog that made him famous and earned him an Oscar nomination in 1976 and a Golden Globe win less than one week ago.

In many ways Creed appears to be a soft reboot of the Rocky series itself, with Balboa, having long since hung up his gloves, tutoring Adonis Creed (Michael B. Jordan), offspring of his most famous opponent, Apollo.

Adonis is a promising young boxer, but struggling to make a name for himself on the scuzzy underground Mexican boxing circuit. The illegitimate son of a man he never met, Adonis goes by his Mother’s surname of Johnson and steadfastly refuses to cash in on his father’s infinitely more famous one. Struggling to make inroads on the West Coast, Adonis hot-foots it to Philadelphia to seek out Balboa, his father’s greatest opponent, and urge him to train him into the champion his father was.

This really is classic Rocky, for both good and bad reasons. Bad in that it almost unashamedly refuses to jettison some of the more sentimental, even trite, aspects of the previous films. Good in that this is, in every sense, hugely fantastic fun.

Both Jordan and Stallone are excellent. Jordan, and I think the script also, manage to pull off the near-impossible and make the spoiled, entitled, rich kid seem totally relatable. Jordan’s aggressive, focused performance never tips over into arrogance and his sub-plot romance with deaf singer-songwriter Bianca (Tessa Thompson), heavy-handed though it may be, gives Adonis a friendly dimension.

Stallone, as the prize bull herded out to pasture, is full of doughy-faced charm and a complete joy to watch whenever he’s on the screen. Such is the massive amount of goodwill I felt watching him, I never batted an eyelid even when he indulges himself in showcasing his beloved Everton FC for no earthly reason.

Director Ryan Coogler and cinematographer Maryse Alberti combine to produce great fight scenes that feel like a step forward even from the previous Rocky movie. An excellent one-shot style scene midway through has the effect of placing you right in the ring with the pugilists.

There’s nothing hugely complex going on here, but Creed is a blast. I’ve not exited a cinema smiling as much for a while.