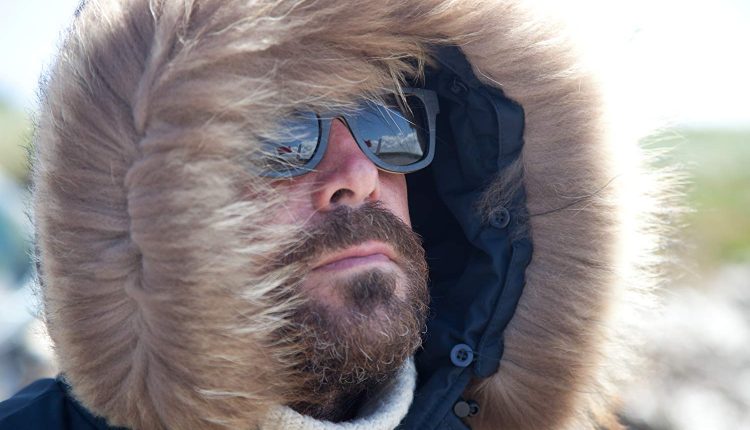 Director Simon Rumley brings us the story of Donald Crowhurst. Ill prepared and lacking experience, the titular inventor and salesman enters a round-the-world yacht race in an attempt to win the £5000 prize money for completing the race in the shortest time. Realising that he may not be able to complete this feat, Crowhurst begins to falsify his position in an attempt to cheat and spirals into mental breakdown.

Tonally similar to Nicolas Roeg’s Walkabout  it is no surprise to see his name in the credits as executive producer. Bleak and claustrophobic with a fantastic sense of isolation, Rumley’s direction echoes the mental state of Crowhurst. Starting with order, familiarity and a subtle sense of whimsy, the film descends swiftly into something altogether more schizophrenic and jarring. Auditory and visual hallucinations give a real sense of the mania into which Crowhurst sunk. Richard Chester’s score is equally manic, lending a real sense of unease to the film.

If there is a weak point to the film then it is the supporting cast, although given scant time to assert any form of presence, they are utterly overshadowed by Justin Salinger who is outstanding as Donald Crowhurst. Settling into his race routine he soon finds himself facing a number of challenges. The post-war British spirit is writ large in Salinger’s performance which makes his descent into madness all the more devastating. A plucky ‘carry on regardless’ attitude gives way to isolation and turmoil, which could easily be read as a critique on post-war British society.

Perhaps unfortunate to have been released within a few weeks of James Marsh’s The Mercy; a bigger budgeted take on the Crowhurst story, it would be a great shame if the superior Crowhurst is overshadowed. Manic and unhinged with a devastating final few minutes Simon Rumley has given audiences a great insight into the doomed journey and mental collapse of and interesting, if enigmatic, and troubled character.

Crowhurst is release on DVD, digital download and VoD on July 16th.