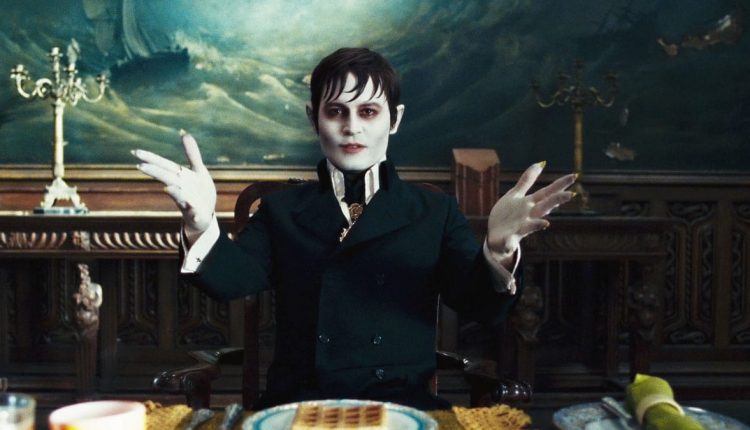 There was a time when Tim Burton films were pretty much guaranteed to be worth viewing. The same used to be true about films starring Johnny Depp. Combine the two and you had cinematic gold. Since those days, both have been involved with titles that can charitably be described as mediocre. As a result, when I found out about Dark Shadows I wasn’t as excited by the news as I once would have been.

Originally, Dark Shadows was a U.S. daytime soap featuring various supernatural characters and storylines. Running for over 1200 episodes between 1966 and 1971, it garnered a cult following.

The TV series, often described as a gothic soap, was full of convoluted story arcs that involved a large cast, magic and even time travel. It was a sense of this that the screenwriters were trying to give by making the plot of the movie overly complex and full of so many characters. They succeed in part; however there was a lot to follow during the 113 minutes, and not enough reward for doing so: none of the sub plots contributed much to the overall story and a simpler screenplay would have been welcome. Yes, this would have negated the soap opera feel that was being aimed at, but is this meant to be a homage for Dark Shadows fans, or a Hollywood movie which the average punter can access and enjoy? For my money it fell between those two stools.

Another problem is that apart from Barnabas (Depp) and to a lesser extent Angelique (Eva Green) characters have so little screen-time or memorable actions that they almost seem part of the set rather than actual people. The camera remains relentlessly on Depp, to the point that it was in danger of becoming a vanity project. Depp has said he was obsessed by the series whilst growing up, and he was instrumental in bringing Burton aboard the project. He obviously relishes the chance to play Barnabas, and his enjoyment of the part does come across in his performance. Inspirations for Depp’s portrayal of Barnabas came from Max Schrek as the vampire in 1922’s Nosferatu and Jonathan Frid who played Barnabas in the series. Frid, and a couple of other actors from the TV show had cameos as party guests in the movie, which was Frid’s last screen appearance as he died shortly after.

Barnabas is a novel character, and the premise of the plot is an interesting one. Not enough is made of the battle between his two natures; a human who cares about his family and a vampire who craves nourishment. He is just described as a good man who does bad things (i.e., kill people and drink their blood) because of a curse. There was a lot more to the TV Barnabas: he couldn’t be described as a good man compelled to do evil. If the movie Barnabas had been made darker, there would have been more interest for viewers. As it stands Barnabas on the big screen is shallow whilst other characters are gossamer-thin.

Introducing humour to the plot was unwise. The TV series was not comical, and putting a strong humorous vein into the movie gives the idea that it is meant to be a loving parody for those in the know rather than an actual adaptation for the general cinema-goer. The gags are not great: Barnabas tearing apart the TV to try and reveal the tiny songstress (a scene that could come from any character-out-of-time-period plot) is as funny as it gets. Alice Cooper has a cameo performing at a Ball thrown by the Collins to ingratiate themselves to the townspeople. Naturally, Barnabas thinks Cooper is ‘the ugliest woman I have ever seen’.

The creation of a Gothic atmosphere through set design and cinematography is pleasing; this is Burton’s forte after all. The Production Designer (Rick Heinrichs), Editor (Chris Lebenzon), Costume Designer (Colleen Atwood) and Film Score Composer (the prolific Danny Elfman) have all worked with Burton before so know how to deliver his vision.

Due to its self indulgent nature that is neither a straight big screen revival, nor an out-and-out parody Dark Shadows is not a satisfying experience. There are things to enjoy here, particularly for hardcore Depp and Burton fans. Overall though, I wish the film had more depth and bite (if you’ll pardon the pun).

I live in Edinburgh U.K. with my better half.