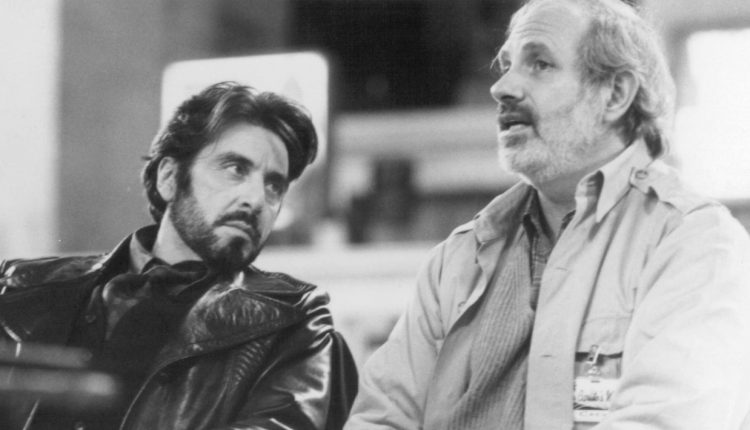 Whatever else you might think about Brian De Palma, he sparks strong reactions. Over the years, he’s been labelled a derivative misogynist from some corners of the press, and a technically brilliant master of tension by others. I’ve never been a big fan myself, although he has made a few great films, but I would happily spend time in his company if De Palma, a simple and intoxicatingly effective documentary from Noah Baumbach and Jake Paltrow is anything to go by.

There are no tricks in their homage to De Palma. They simply place him in a chair and get him to talk. And talk, and talk, and talk. He works his way through his entire career, offering on-set anecdotes, insight into influences (a lot of Hitchcock), musings on the way he’s been received over the years, and the direction the industry is heading in. Other than De Palma’s upper half, the only thing we see are clips from the film’s he’s talking about, mostly his own, and a few stills.

With a career stretching back decades, he has a lot of material to work through. There’s the early days struggling with an unknown Robert De Niro, his breakthrough in Hollywood as part of the crew that included Steven Spielberg, Francis Ford Coppola, George Lucas and Paul Schrader, and the rollercoaster of a career that’s seen him take on everything from Mission Impossible, to Carrie, The Untouchables, and Scarface alongside flops like The Black Dahlia and Bonfire of the Vanities.

De Palma comes across as combatively amiable. He seems happy to laugh off criticism, content that he knows what he’s doing. He also talks though the stylistic tics we’ve seen in so many of his films, including long set-ups, split screens and camera 360s. There’s some bite in the mix as well though. He talks about Cliff Robertson’s performance on Obsession, and recalls cinematographer Vilmos Zsigmond comparing his awful tan with that of a mahogany wall. He also rolls through battles with studios, and has countless acting stories, the best involving Al Pacino on Carlito’s Way, when they ended up chasing each other down the line in separate trains as Pacino tried to escape his taskmaster.

The man himself remains a mystery through most of this. His personal life gets the occasional oblique reference, and he rarely comments on people outside his professional experiences. A few thoughts are left hanging tantalisingly in the air. He mentions he used to be very close friends with Spielberg, so much so that he swung by the Scarface set where they messed around filming parts of the iconic mansion shoot-out while they awaited Pacino’s return. What became of that friendship he does not say, just as he avoids adding flavour to any part of him outside celluloid.

De Palma flies past at lightening pace, until suddenly he’s sat there complaining – and not without some justification – about visual effects shots today, and stating his firm belief that once directors hit their 60’s, their best days are gone. This may not be much more than a man delivering his own self-deprecating eulogy, but for anyone with even a passing interest in cinema, it will prove too addictive to walk away from.