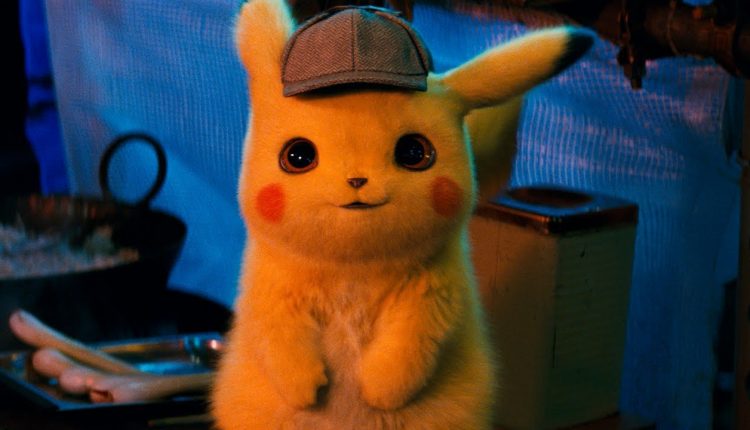 It all started with two Game Boy games in 1996. Introduced in Japan, Pokémon was a simple concept that involved hunting, catching, trading and battling. Over the last 20 years, Pokémon has grown to become the highest grossing media franchise of all time, spawning multiple video and trading card games, not to mention merchandise, anime films and a TV series. This year, however, marks a milestone as the franchise is finally releasing its first live-action film.

Based on the video game of the same name, Detective Pikachu takes place in Ryme City where humans and Pokémon co-exist. The film revolves former trainer Tim Goodman (Jurassic World: Fallen Kingdom‘s Justice Smith), who teams up with a talking Pikachu (voiced by Ryan Reynolds) to find his missing father.

With the last 20 years creating over 800 Pokémon, it is staggering to see so many of them featured in a live-action film. But this only increases the pressure to not only include enough to appease long-term fans but to animate them in a feasible way. Ensuring the Pokémon properly comes to life means that Detective Pikachu becomes a visual-heavy affair so the collaborative screenplay and inconsistent direction subsequently lack in punch and substance.

Film fans will notice elements of Pokemon: The First Movie, which offers a sense of nostalgia and nicely refers to the roots of the film side of the franchise. In terms of elements, it is a less seductive, more kid-friendly version of a noir – combining intrigue, mystery and an amnesiac in the middle, it offers a grown-up Pokémon adventure.

The film also offers a more serious side to the story. Tim’s struggles with coming to terms with the fractured relationship with his father reflect his own self-inflicted loneliness, which is exacerbated with a lack of a companion (i.e. a Pokémon) – a concept that seems to apply to everyone besides him. This, along with his inability to understand his speech, makes Tim’s connection with Pikachu all the more significant, as it shows he is willing to connect with someone.

As for the caffeine-addicted Pikachu, he offers an infectiously enthusiastic commitment to solving his partner’s case, showing that there is more to him besides his fluffy exterior and rosy cheeks. In addition, his eagerness to bond with the only person who can (literally) understand him helps break down Tim’s barriers.

Though overlooked in Fallen Kingdom, Smith’s casting further reinforces the shift in diversity in mainstream cinema – as having a person of colour driving the story appeals to a wider audience and coincides the universality of the franchise. Smith offers an endearing performance as Tim, whose affinity with Pikachu makes him confront his demons while reviving his lost love for Pokémon.

As the eponymous character, Reynolds provides a delightfully different, kid-friendly performance with a certain level of self-awareness. There may be less cursing when compared to his star-making turn as Deadpool, but he is able to create a smartass that is appealing to both children and adults alike.

It is a shame, however, that the supporting characters did not receive more screen time, as they provide very little purpose to the narrative. Kathryn Newton’s ambitious journalist Lucy is easily overshadowed by her Pokémon and the antagonists don’t have the chance to be anything more than sinister.

With a filmography that includes Gulliver’s Travels, Goosebumps and Shark Tale, Detective Pikachu is Letterman’s biggest project to date. It is easily one of the better game-to-film adaptations but at the end of the day, it is the Pokémon that makes the film special.

Smart, imaginative and sweet, Detective Pikachu offers something for everyone.

Detective Pikachu is out in UK cinemas on 10 May.