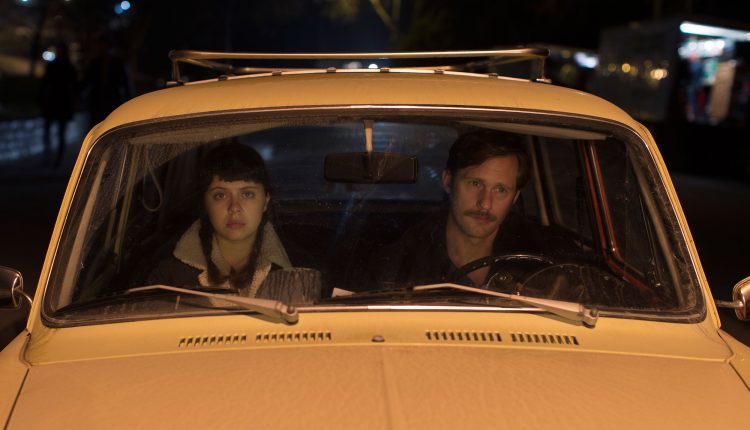 Coming-of-age films tend to focus on one thing: sex.  Whether it’s losing your virginity or experimenting, the cinematic journey of getting it on resembles the go-to way to adulthood.  After gross-out comedies such as American Pie and Road Trip to darker trips such as Mysterious Skin and Carrie, the ‘semi-autobiographical’ graphic novel by US author and artist Phoebe Gloeckner is getting the big screen treatment.

The Diary of a Teenage Girl is set in 1970’s San Francisco and follows the audio diary excerpts of 15-year-old Minnie Goetze (Brit newcomer Bel Powley), as she embarks on an affair with Monroe (Alexander Skarsgård), the boyfriend of her carefree mother Charlotte (Kirsten Wiig).

The concept of the film’s source material is similar to Marjane Setrapi and her book Persepolis.  This is based on a graphic novel with no capes or masks; instead, everything is clear as black and white.  First-time director Marielle Heller paints a hedonistic picture of the seventies; a period well-known for its decadent lifestyle.  Heller beautifully recreates the era down to the finer details and it is easy to get sucked into the setting. Yet, she also consistently reminds the audience that this twisted tale is told through the eyes of a minor.

Played by the doe-eyed, yet expressive, Powley, Minnie paints herself as the only mature person in her world but her thoughts are respectively juvenile (body issues, if boys like her), showing that she needs to grow up in more ways than one.  Skarsgård manages to portray as a likeable (less of a better word) sleaze whilst Wiig puts in a sensitive performance as the uninhibited yet insecure Charlotte.

Also acting as screenwriter, Gloeckner ensures that Minnie’s thoughts and perspective tether on the darker side of her personality (literally illustrated through surreal drawings and animations), rather than focus on the naivety of her character, giving this film a more adult edge in comparison to most coming-of-age films.

Overall, despite the somewhat controversial context, The Diary of a Teenage Girl is an honest, tender and daring debut for its director, with a brave performance from its young leading actress.

The Diary of a Teenage Girl is out in UK cinemas on Friday 7th August.