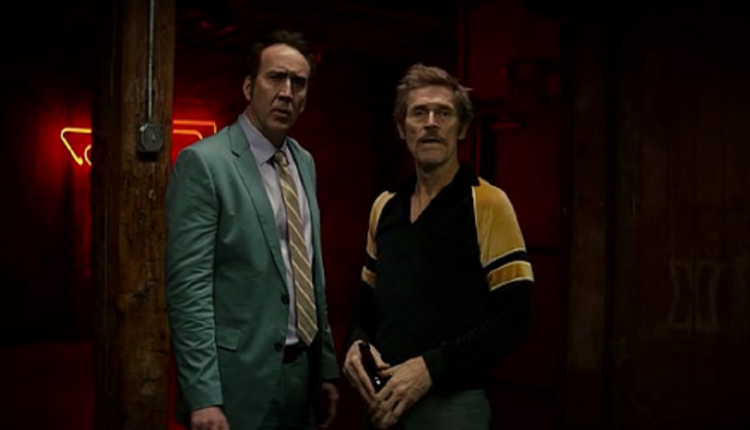 Although it must be wonderful to forever be known as “the guy who wrote Taxi Driver” it must also cause Paul Schrader some frustration. Not only does each one of his subsequent films end up standing in the shadow of that cinematic behemoth, but there are also so many other gems in his filmography that end up being overlooked when discussing his work. Let’s not mention The Canyons though. From the likes of Rolling Thunder and Blue Collar to American Gigolo and Cat People, from The Mosquito Coast and The Last Temptation Of Christ to Touch, Auto Focus and Bringing Out The Dead. None of those movies may be perfect (although The Mosquito Coast has been ripe for rediscovery for many years now) but they’re all certainly worth your time.

The same can be said of Dog Eat Dog, a slice of grimy crime cinema adapted from a novel by the late Edward Bunker (aka “Mr Blue” from Reservoir Dogs, among other credits). While the script may have been penned by Matthew Wilder, everything feels very much covered in the directorial fingerprints of Schrader, a man who never saw a societal scab that he didn’t want to pick at.

The story is a very basic one. Nicolas Cage, Willem Dafoe, and Christopher Matthew Cook are three ex-cons who decide to work with one another when they’re all back on the outside. Cage seems to be the brains of the bunch, Dafoe is rather erratic, and Cook is a big guy who is happy enough to portray himself as little more than the muscle. In an attempt to get rich and make themselves a better life, this trio are hoping to get paid well from one last job. Unfortunately, they all know how those things tend to end up.

The slightness of the premise here is a weakness, but the fact that it’s compensated for by some fun dialogue and fantastic performances from all three leads makes up for it. Cage and Cook both get their share of good scenes, but things really light up whenever Dafoe is involved, all manic energy, drug-addled sensibilities, and self-deluding justification for any of his actions. Although the film itself isn’t ever great, it is filled with great moments, all playing out like a pastiche of crime movies throughout the years (even allowing Cage at one point to indulge in a small Bogart impression).

Some films are led by story. Some are led by character. This is a film led by tropes, but that’s absolutely fine, because those tropes surround, and also even inhabit, a trio of great main characters. It’s ultimately disposable stuff on display. It’s also ultimately a hell of a lot of fun.

World Cinema Wednesday: Tie Me Up! Tie Me Down!