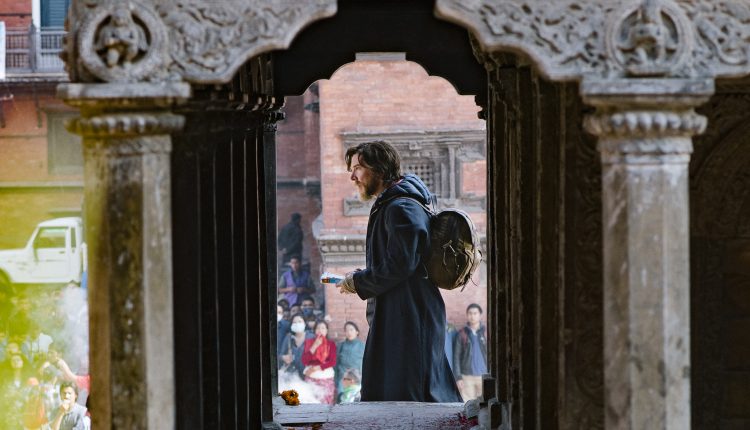 Dr Stephen Strange (Benedict Cumberbatch) a brilliant neurosurgeon is hideously mutilated in a car accident, leaving his hands – the tools of his trade – irrevocably damaged. Hearing of a mystical place in the Far East where he may be able to find a cure for his disfigured hands, he sets out to get help. When he eventually reaches his destination he soon realises the cure he is so desperate to find comes at a price perhaps too high even someone as rich and powerful as him.

If ever a film role was tailor-made for an actor, then it must be that of Dr Strange for Benedict Cumberbatch, in the new Marvel superhero movie of the same name. The character of Dr Stephen Strange is opinionated, conceited and just a little obnoxious which, one gets the impression, Cumberbatch tends to be a little like in real-life.

With no slight to Cumberbatch – one of today’s hottest young (ish) actors – intended, you cannot help but feel he has a rather inflated opinion of himself. I guess when you are the star of Sherlock – one of the planet’s most popular TV shows – you can be excused for believing your own hype. There is also no denying he is very accomplished, bringing believability to many of the roles he tackles both on screen and stage. But you do wish however that he – along with many of his fellow thespians – would stick to acting and leave politics (which so many insist on expressing their views on) to the politicians.

Even so this does make Cumberbatch the ideal person to play the role of Dr Stephen Strange. He captures wonderfully an air of haughtiness and arrogance in the young medical genius who’s ability to perform neurological marvels on damaged people has led him, understandably, to believe in his superiority over his fellow medics, to the point where he begins to take foolhardy risks to the possible detriment of those he is meant to be saving. All this of course is simply part of a storyline which requires his character to be taken to the highest heights of his profession, simply to emphasise his fall and subsequent humiliation, which in turn leads to his redemption as a human being and later reinvention as a superhero. This salvation which Strange discovers in the Far East at the hands of mystical sect led by a bizarre monk like character known simply as the ‘Ancient One’ – wonderfully captured by the suitably odd Tilda Swinton – though clearly a fundamental part of the story, does seem to take an inordinately long time in coming, adding a degree of drag to a story which otherwise zips along at breakneck speed.

The film wouldn’t be complete of course without elements which have now become regulars for any Marvel comic adaptation on the big screen. Stan Lee – the father of so many Marvel characters – makes his now obligatory appearance, though it really is a blink and you’ll miss him moment. There is also the inclusion during the final credits of a teaser for the next instalment in the franchise, so as usual you shouldn’t leave your seat before the credits finish as you might miss something important.

The fact that these now popular elements appear in the films without fail, simply lends them a familiarity which is of course what fans of the franchise are looking for. Those who simply watch these films for a bit of fun won’t be disappointed, as the studios behind them have got this kind of mass entertainment fodder down to tee. Ultimately for them, this is the kind of thing you watch, then forget: there is after all little depth to their storylines, with Dr Strange itself being little more than a means to introduce a new character to the Marvel film stable, so he can be prepped for future adventures. Real fans however, will doubtless wallow in the nostalgia of Strange and the physical realisation of one of their most charismatic and alluring imaginary heroes.

Fortunately, during the course of the film, Stephen Strange is brought down several pegs so that by the end he has become a much pleasanter person. One can only hope that some of his magic has rubbed off on Cumberbatch.