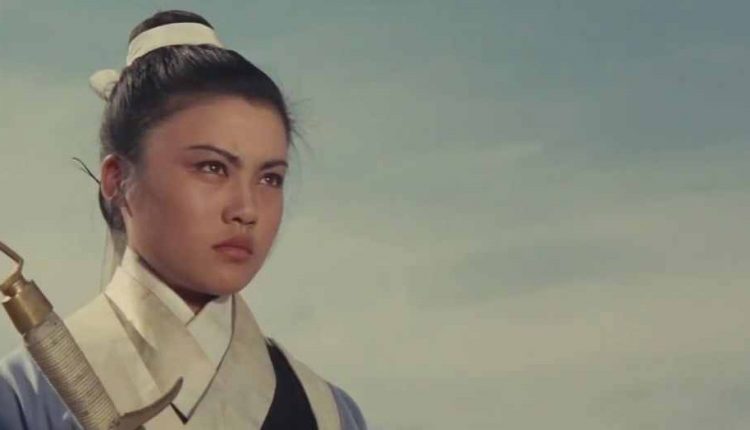 When it comes to martial arts films, they tend to fall in one of two categories: either relentless action or beautiful, graceful choreography.  While most fans prefer the former, it is the latter that has attracted Western audiences to the cinema, thanks to films such as Crouching Tiger, Hidden Dragon (2000) and Hero (2002).

Considered a cult classic in Asian cinema, Dragon Gate Inn (1967) is about a lone swordsman Xiao Shaozi (Shi Jun), who has been hired to protect the children of General Yu, a political rival of the emperor’s first eunuch Cao Shaoquin (Bai Ying). As the general is beheaded, Cao sends out his secret police to assassinate the children as they are being exiled out of China.  The plot comes to a head at the eponymous inn, where Xiao, the innkeeper Wu Ning (Cho Kin) and a brother-sister martial-artist team join forces to save Yu’s children.

The second film made by the late Chinese director King Hu, Dragon Gate Inn (also known as Dragon Inn) has been remade twice; in 1992 that starred Tony Yeung and Maggie Cheung and in 2011, which starred Jet Li and received seven Asian Film Awards.  At the time of its release, Hu’s Dragon Inn broke box office records and the director was credited for raising the profile of Chinese cinema.  So much so, Dragon Gate Inn is considered the inspiration behind Crouching Tiger, Hidden Dragon and Zhang Yimou’s House of Flying Daggers.

However, watching it for the first time provides a very different perspective.  Instead of the elegance and grace from recent wuxia films, the filmmaking style appears to be amateurish in comparison, due to its peculiar editing style and wooden acting.  In certain aspects, Dragon Gate Inn represented a Eastern-Western; there is a mysterious yet skilled warrior who aids the helpless and fights against the tyrannical villain, a noble, older role-model and the inevitable showdown between the good and bad guys.  Imagine a martial arts directed by Sergio Leone and you’re practically there.

On the other hand, it is easy to see how Dragon Gate Inn moulded modern wuxia films.  The traditional themes of the genre run consistently throughout the film and complement Hu’s attention to detail, as well as the film’s historical accuracy to its setting, costume and customs.   Despite the strange editing, the choreography in Dragon Inn is beautifully done and Hu makes the most of his settings, whether it be the enclosed space of an inn or the desert wasteland surrounding it.

However, it is Hu’s incorporation of a central female character that struck a chord with audiences, as he shows how women can be considered as an equal, rather than as a distraction, to the traditional male lead.  In the shape of Shang Kuan, Hu dispels the myth that women cannot fight as well, or in this case better, than their male counterparts as Kuan portrays the skilled and more focused sibling of a travelling duo with conviction.

Dragon Gate Inn may look old-fashioned but its style and themes, not to mention its key female lead, show that it was a wuxia film made way ahead of its time.