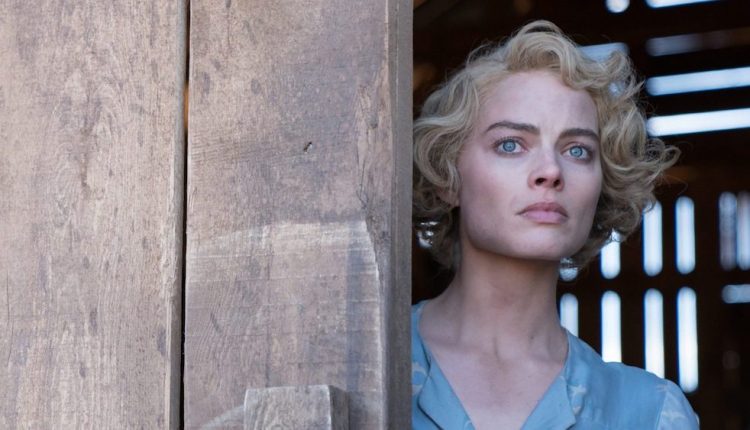 Starring and produced by Margot Robbie, Dreamland is a thriller drama by Miles Joris-Peyrafitte. The film revolves around Eugene (Finn Cole), a young man living in the desolate town of Bismark. One day, he stumbles across wanted fugitive Allison Wells (Robbie) and chooses to help her escape captivity.

While the premise comes across as a Bonnie and Clyde-type thriller, Dreamland is anything but. Instead, the narrative focuses on Eugene and Allison’s lacklustre dynamic. Unfortunately, there is a general lack of emotional depth fails to capture audiences. Therefore, it makes it hard to resonate with the leads and their need to survive. Their relationship also pushes aside the financial struggles of Eugene’s family and his overall lack of responsibility, highlighting his petulant behaviour.

Throughout Dreamland, Eugene’s lack of maturity paints him as a boy refusing to accept the dark realism of life. He has a strained relationship with stepfather George (Fimmel) and increasingly feels like an outsider within his own family. The only solace from his humdrum life is pulp magazines and dreams of Mexico, inspired by his absentee father John Baker. So, when he unexpectedly a wounded Allison, her coy smiles and compliments quickly win him over. Initially seeing her as a damsel in distress, Eugene tries his best to help but despite his best intentions, his actions come across as impulsive and naive. As a result, the simple attention of an older woman is his downfall – a somewhat dull development, which isn’t helped by Zwart’s monotonous screenplay.

On the other hand, Dreamland is salvaged by its two leading female characters, notably Allison and Eugene’s half-sister Phoebe (Camp). Scarred by the events following a botched bank job, Allison isn’t looking for a partner or companion – just sole survival. So when Eugene joins her on the run, her emotional conflict brings a complexity mostly missing in Dreamland‘s mundane characters. In addition, Phoebe brings a unique and insightful POV to the core relationship while showing genuine concern for her half-brother.

Last seen in Slaughterhouse Rulez, Cole attempts to portray the dashing hero. However, his inexpressive performance falls short of compelling while Robbie struggles to carry the story on her more experienced shoulders. Behind the camera, Lyle Vincent’s cinematography brings out the setting’s natural beauty. Unfortunately, Joris-Peyrafitte’s direction jolts from the beautiful to the misplaced, which creates a frustrating inconsistency that restricts the narrative’s emotional development.

Overall, Dreamland heavily relies on Robbie to succeed. But despite her efforts, she is unable to save this dull outlaw drama.