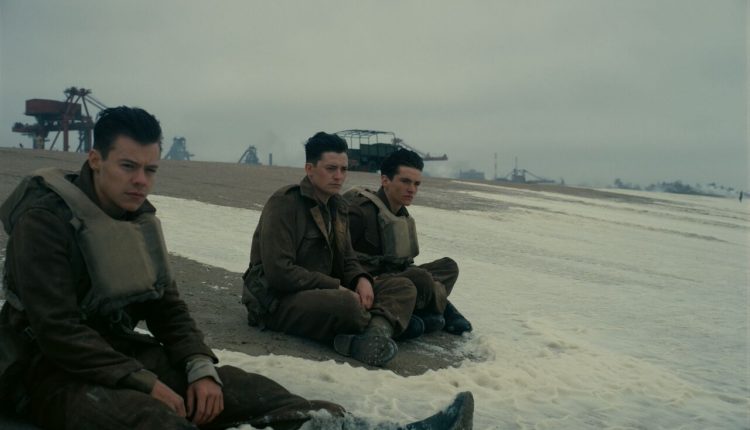 After taking on the Batman franchise in 2005, British director Christopher Nolan has proven that he is not afraid to take on big-budget pictures. After completing his much-acclaimed Batman trilogy in 2012, he returned to the big screen in 2014 with sci-fi epic Interstellar and gained generally positive reviews from both fans and critics. Three years later, he brings together an impressive ensemble cast and Interstellar cinematographer Hoyte van Hoytema to create his most accessible film to date.

While it is Nolan’s shortest film to date at 106 minutes, Dunkirk keeps the viewer’s attention through its simplicity and engrossing narrative – providing a stark comparison to the mind-bending complexities of Interstellar or Inception.  However, despite the relatively straightforward premise, there is more to Dunkirk that the evacuation itself.

From the film’s outset, its array of characters highlights many different facets of the war effort. Whether they are civilian or military is immaterial, as each character has a distinct role to play, such as a mariner wishing to ferry soldiers back to the English coast or an Air Force pilot fighting against enemy aircraft. Their respective involvement in the evacuation helps to gradually develop the complexities of each character’s involvement – and the perspectives they represent – as the battles rages on.

There is also a clear sense of urgency in Dunkirk that is mainly driven by a constant ticking that accompanies Han Zimmer’s score. This simple sound effect resonates through key scenes and can easily remind audiences of a ticking clock or a hammering heartbeat but either way, it effectively builds up the tension and draws attention to the characters’ race to survive, leaving viewers watching with bated breath. In addition, the film’s nonlinear narrative drives the growing suspense and distrust among soldiers, comrades, and civilians, as well as lifts it from being about a straightforward rescue mission.

As a whole, the cast displays a myriad of emotions driven by their respective roles. Hardy, Rylance and Murphy, along with newcomers Whitehead and One Direction member Styles all deliver strong performances while only having a handful of lines each,  However, this lack of dialogue is compensated by van Hoytema’s stunning cinematography and the thrilling yet nerve-racking action scenes that will keep audiences on the edge of their seats.

Overall, Nolan may have gone back to basics with Dunkirk, but the result is one of the most captivating and compelling films of the year so far.

Dunkirk is out in cinemas on Friday 21 July.