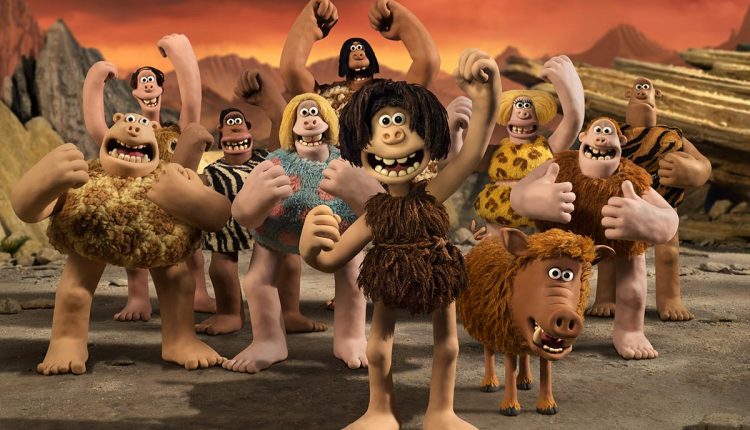 It is strange to think that British director Nick Park has not made a film in nearly ten years. His last film, Wallace & Gromit, A Matter of Loaf and Death, had picked up the BAFTA for Animated Short Film but failed to earn an Oscar, breaking a then four-year winning streak for the director. So, needless to say, this animated comedy, starring Eddie Redmayne and Tom Hiddleston, is a much-anticipated return to form in more ways than one.

Early Man focuses on Dug (Redmayne), a young caveman who lives a simple life with his tribe. However, when his valley is taken over by the greedy Lord Nooth (Hiddleston), Dug challenges him to a winner-takes-all football match to win back his home.

Aardman has consistently demonstrated a skill in taking a relatively normal plot and making it fantastical. Whether it is a crime caper, a murder mystery or hunting down a veggie thief, the studio weaves in little touches of genius and humour to raise the story from its simplistic roots. Early Man is no exception – the idea of taking on greedy bad guys, which gradually becomes an underdog story, has been seen many times before. But, through the eyes of Nick Park, the whole sporting-underdog story becomes entertaining again.

Despite being away for over ten years, Park’s direction offers a sense of familiarity that is unique to Aardman films. The stop-motion is, as always, wonderfully creative and full of chucklesome sight gags and in-jokes, which perfectly complement the pun-errific script by Mark Burton and James Higginson.

The voice cast is also great. Wonderfully voiced by Redmayne, Dug is the innocent, endearing hero who guides his tribe and the story through his enthusiasm and positivity. In contrast, Hiddleston is fabulously flamboyant as the Bronze-obsessed Nooth and Maisie Williams is gutsy though somewhat wasted as football fan Goona.

While it doesn’t quite reach the heights of greatness set by Chicken Run or The Wrong Trousers, Early Man is guaranteed fun for all the family and a big welcome back to stop-motion animation at its finest.

Early Man is out in UK cinemas on Friday 26 January.

Casino Royale Flush: What Do Hollywood and Poker Tournaments Have In Common?