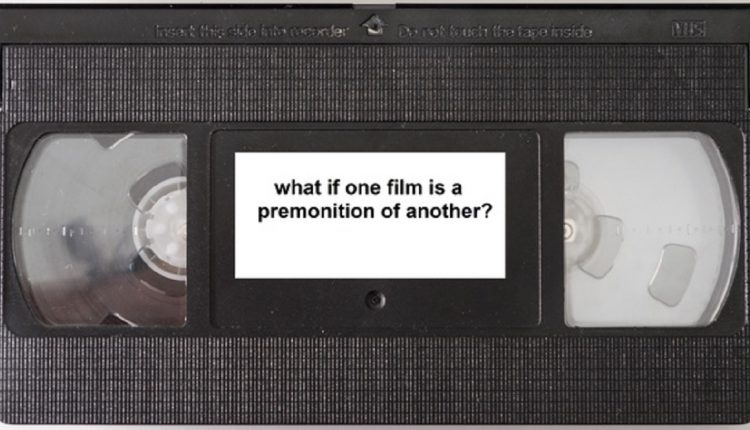 Let me start by saying something that I have said before, and will undoubtedly say again. I like Mark Cousins. A lot. I respect his opinion. I respect his taste in cinema. And he just seems like a really nice guy whenever I see him bounding about film festivals (okay, I only tend to see him when I am at EIFF but I can extrapolate from there). I also disagree with his opinion a lot of the time, but I like that too. Because, whether you agree or disagree with Mark Cousins, it’s always a dialogue, or exploration of film, with a passionate and intelligent cineaste.

Bigger Than The Shining gives me another opportunity to disagree with Mr Cousins, which is a great shame because it’s arguably his most interesting attempt yet to draw a connecting line between certain movies, this time only two, and certain events and circumstances outwith those movies.

That’s all I’m going to say about it, and I fear that may already be too much. Those lucky enough to attend the Press & Industry screening here in Edinburgh were handed a polite note, with a piece of film attached, that asked if they could speak about the film without giving away the main premise. However you end up reacting to the film, I think it’s more than fair to respect the wishes of the creator, and to encourage others to at least give it a viewing, some time before late January 2017 (when it is due to be destroyed).

Bigger Than The Shining DOES make you think about film in more ways than just watching what’s unfolding onscreen. It DOES make you see, and seek, connections, and it pushes you towards thinking about how all art is obviously connected to the world it is born into. And it reminds you, as most Cousins’ projects tend to do, of just why it’s no waste of your time to develop, and maintain, a real love of cinema.

It doesn’t always seem to make sense*, and it’s tenuous at times when striving to stay within the main remit, but it’s a very interesting idea. Much like every Mark Cousins project.

*As much as it pains me to say it, this may actually be a case of me just “not getting” something. Try though I do, I’m not always the insightful intellectual that I can fleetingly pretend to be.