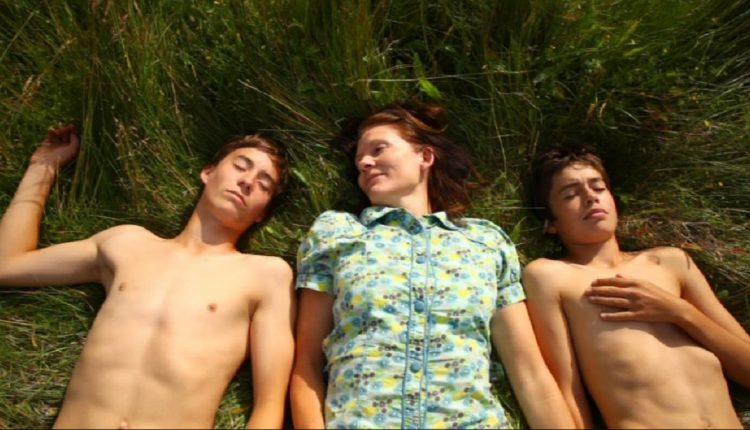 You know how it is. You’re at a party, or a family gathering, and at some point you end up sitting alongside the proud parents who won’t accept that others don’t find their child quite as special as they do. You may have to look through numerous photos that don’t interest you in the slightest. Or hear a list of their achievements. You may even have to listen to a history of toilet training before you’re able to give someone a code that enables them to come over and extract you from this terrifying trap.

Director Aslaug Holm doesn’t need to sit beside you to celebrate her two boys, Markus and Lukas. She has, instead, decided to make a documentary about them, spanning approximately a decade (although there’s also a very small amount of footage of them as babies too). And so viewers can basically spend just under two hours of their time watching a film that tries to show her boys in the same way she views them.

You’ll watch the brothers get along with one another. You’ll watch them argue. You’ll see Lukas, the younger of the two, have temper tantrums. You’ll see them play football. You’ll listen to conversations between mother and son in which the former seems intent on prompting some philosophical pearl of wisdom from the latter. You’ll see Markus go through a teenage phase that leads to him wanting to dye his hair and get a small earring. Because he’s in a band and really likes Green Day. And you’ll see it all more than once.

I didn’t dislike Markus and Lukas, even when the younger boy was seriously playing up in front of the camera. I just didn’t find them interesting enough to warrant a documentary. Holm tries to do more than just show her boys off, it should be said, and she talks about knowing where you come from, about the differences between the expectations of parenthood and the realities, and what the two boys may choose to look back on, or forget, or even interpret differently through their own eyes.

There are some moments that will resonate here with parents, but even then I’d say that you’d be hard pushed to actually enjoy the thing. No, the best audience member for this would simply be Aslaug Holm. I’m being harsh, but fair.