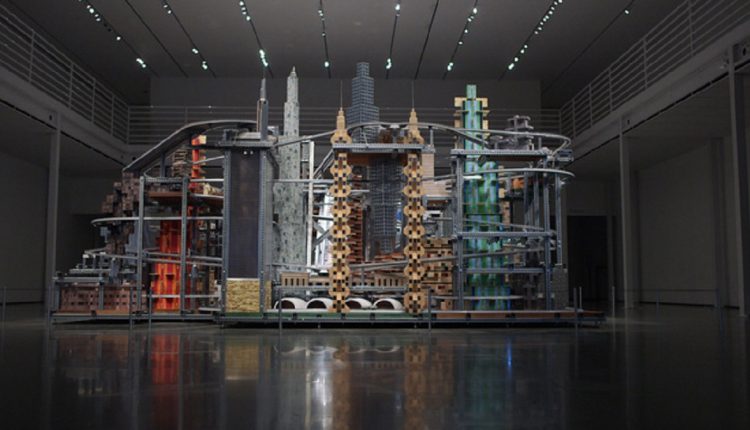 I really didn’t know anything about Chris Burden before I sat down to this documentary about him. To be completely honest, as the lights went down and the film began, I struggled to remember what I was about to see. I’d even forgotten that it was a documentary. These things happen in the midst of festival madness. It wasn’t the first time, and it sure as hell won’t be the last.

Anyway, I am glad that I took a chance on this. Directed by Tim Marrinan and Richard Dewey, this celebrates the man and his art, and explores an undercurrent of danger that seemed to be present throughout many years of his career. It was certainly there throughout the first half of his life anyway.

Although now famous for many different pieces of art, including some truly wonderful kinetic sculptures, Chris Burden started his climb up the slippery rungs of fame with a number of performance pieces. He spent five days in a small locker. He went missing, and then came back. He did things that he considered pieces, whether others would agree with him or not (and Brian Sewell pops up here on a number of occasions to disagree with these kinds of performance pieces being labelled as art). But what really made his name was a piece that involved him being shot. Actually shot. The bullet was supposed to nick his arm. One slight pull to the left later and he had to head to hospital and help make a police report, all while the two small holes in his arm were treated.

It’s the centrepiece of the first half of this documentary, and rightly so. It’s shocking, controversial, and arguably made Burden one of the hottest names in the art world at that time (although having his hands nailed to a car while he posed like Christ also got him some press). And he seemed to spend a lot of time regretting how his reputation was then warped, and sometimes only defined, by that one incident. Which is why it’s also appropriate that the second half of this documentary tries to move away from it, naturally following the artist on a path that would take him through some wilder years before settling into a nice rhythm that would lead to him almost becoming a cosy and safe figure, yet one still capable of creating some absolutely wonderful stuff.

Chris Burden’s life was a fascinating journey, full of strange moments and excitement. And this documentary puts that across well.