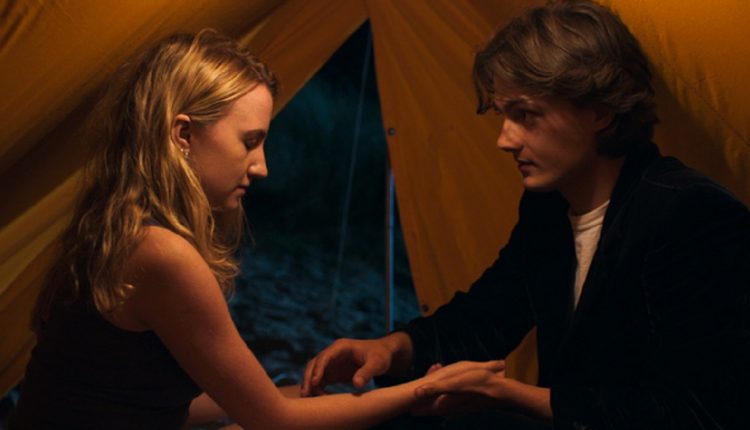 Evanna Lynch (probably best known to moviegoers just now for her enjoyable turn as the flighty Luna Lovegood in the Harry Potter movies) plays young Emily, a girl brought up in a, hmmmmm, rather unorthodox fashion by her philosophically-minded father (Michael Smiley). Mind you, when I say rather unorthodox fashion I just mean that her father encourages her self-expression and ability to see things from different points of view. But the two are eventually separated, which leads to the bulk of the storyline here – Emily and a new male friend named Arden (George Webster) journeying to reunite daughter and father.

The more I think about My Name Is Emily, the more I have to simply admit that I really enjoyed it. I was hesitant upon first exiting the cinema. This was, after all, just another independent drama with some nice moments of humour dotted here and there. It was, for the most part, a road movie. The main characters did things that proudly showed them staying outside the core of normal society. Philosophical sayings were bandied around. It could have been a film so easy to hate. Yet it’s not.

A lot of the success of the movie comes from the three central performances, each one startlingly good. Lynch seems to excel at playing people who are just a bit askew, and her easy likability here comes as no surprise. The surprise comes from George Webster, who portrays what could have been a smug and/or unbelievable character with boatloads of charm, humour, and earnestness. It’s the kind of performance that immediately has you hoping to see the person bagging some decent roles that will set them on a successful path onwards and upwards. And then there’s Michael Smiley. Good old Michael Smiley. He’s always worth a watch, but this role allows him to express a range of emotions that he doesn’t always get to work with onscreen. One small moment, in which he reacts to a statement from his daughter with nothing more than an emotional noise, almost broke me. Which is saying something.

But it wouldn’t be fair to give all the credit to the performances. Simon Maurice, who both wrote and directed the film, also deserves his share of the praise. He has crafted the kind of film that we can label “a wee gem”, which may seem like faint praise at times but is certainly given over after due consideration from this viewer during a time in which I have watched a large number of films trying to find the exact balance that this one has, and often just falling slightly short of the mark.

Sweet, moving, and surprisingly smile-inducing considering how much of the runtime deals with grief, and how it can sometimes stop the living from actually living.