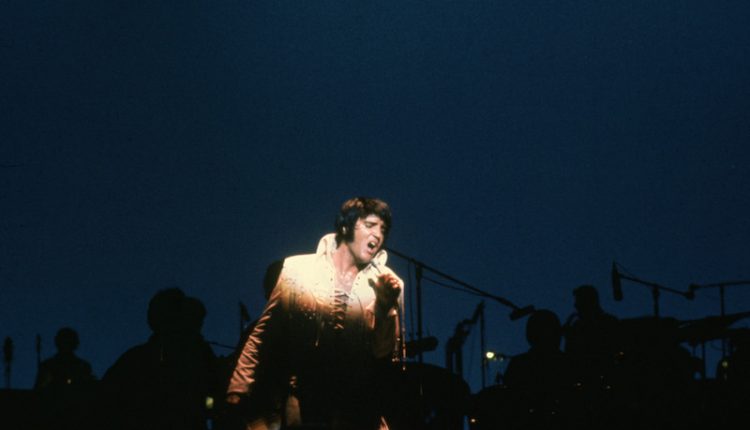 2020 marks not only the 44th anniversary of the death of Elvis Presley but the 50th anniversary of Elvis: That’s The Way It Is. Marking his first non-dramatic film, the documentary follows The King of Rock ’n’ Roll in his 1969 comeback concert in Las Vegas.

In 1968, Presley was at a crossroads. His film career had mixed reviews and his musical success had hit a speed bump. However, a TV special helped renew his eagerness to return to live performing, leading to a lucrative residency in Las Vegas. His concerts not only revitalised his career but reaffirmed him as The King of Rock ’n’ Roll and his connection with the city.

Directed by Denis Sanders, the documentary comes across as a lost moment in time. Filmed before COVID-19, 9/11 and even the internet, it provides a candid behind-the-scenes look with Elvis – a musical legend – in the foreground. Seeing him at ease with his band and back-up vocalists such as The Sweet Inspirations and Millie Kirkham offer a glimpse of what he is going to offer audiences.

The concert itself is also surreal. There is an air of excitement but everything is eerily controlled and civilised. The sit-down audience is close enough to touch and kiss Elvis on the mouth, which is far more intimate than the concerts of today. Attendees such as George Hamilton and Sammy Davis, Jr. provide a hint of notability, showing that even celebrities are eager to see the King in action.

Launching into hits such as “Love Me Tender”, “Blue Suede Shoes” and Heartbreak Hotel”, Elvis shows that he thrives as a live performer. Although his voice waivers at times, he displays the unique physicality that has been adopted by impersonators worldwide. He entertains the audiences almost effortlessly and combined with his sex appeal, he commands the stage with a force that cements his career comeback.

Overall, Elvis: That’s The Way It Is provides audiences with a rare opportunity to experience him on stage. With bright colours and a continuous string of hit songs, it is hard not to get sucked into this time capsule of a concert.

Elvis: That’s The Way It Is is in UK cinemas for one night only on 13 August.