Historical dramas are typically compelling with beautiful scenery and an engaging story, essentially giving an insight into what really happened.  However, British director Peter Webber’s latest offering doesn’t hit the nail on the head. 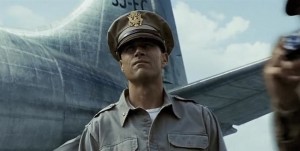 Emperor is set during the US occupation in Japan at the end of World War II, when General Fellers (Matthew Fox) is tasked to decide whether Japanese Emperor Hirohito should be hanged as a war criminal.

The film is riddled with unanswered questions, such as true allegiances and the actual truth behind Hirohito’s involvement in the war, but the lack of general focus during the 105 minutes running time shifts too much, there is ironically not enough time to truly lose yourself in the key points of the film.  In addition to this, the subplot of Fellers and his missing Japanese wife is unconvincing and only serves to portray Fellers, unaided by a lacklustre portrayal from Fox, as more of a lover than a fighter. 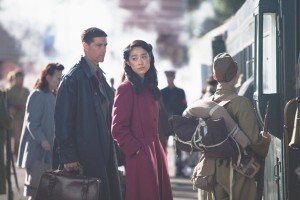 Using the same gusto as his Academy-Award nominated performance, Lee Jones proves to be an overbearing presence as the occasionally brash General MacArthur and yet, he is the only solid aspect of this overlong melodrama, which unfortunately fails to captivate. 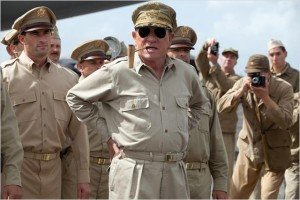 Webber’s intention in retelling history is evident, but Emperor is ultimately let down by the uninspiring plot and mostly weak performances.