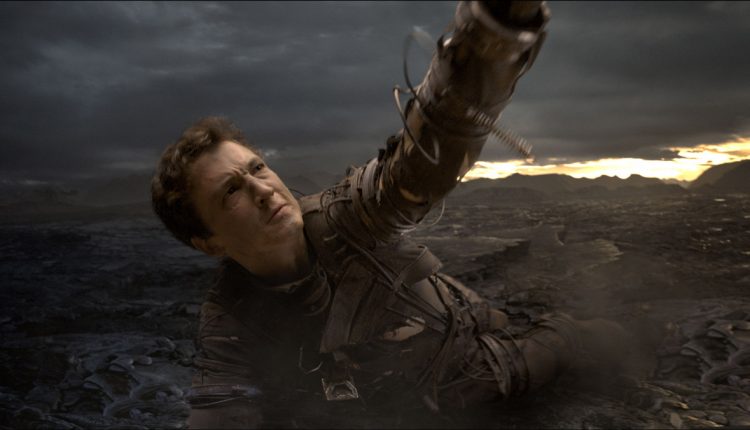 In 2012, a relative newcomer changed the genre of found footage films by giving it a superhero twist.  Despite its almost relatively unknown cast, Chronicle was a box office success and made its co-writer and director Josh Trank a new one to watch.  After being linked to a number of film adaptations, Trank returns after a three-year absence to make his mark on another Marvel reboot.

Fantastic Four sees a group of young people travel to another dimension where they are granted superhuman abilities.  However, when one of the group goes rogue, it is up to the others to stop him and save Earth.

Similar to the upcoming third reboot of the Spiderman franchise, this Fantastic Four reboot feels unnecessary.  The story has not changed, nor has the dynamic of the group.  They still have the same powers, the same adversary and even the same cliché lines – so the news of 20th Century Fox bringing it back evokes exasperation rather than excitement.

The film itself takes a more serious approach than the 2005 and 2007 features starring Ioan Gruffudd and Jessica Alba, focussing on the science and the roots of the group.  However, by the time the film’s third act kicks off, there is little to empathise with.  Despite the script being co-written by X-Men screenwriter Simon Kinberg, the heroes don’t do very much but struggle with their abilities and there is very little action, so there is no fear or thrills to experience.  What doesn’t help is  a distinct lack of chemistry between the four heroes and the whole premise of being cursed, rather than being granted superhuman abilities, seems to linger over their collective conscience.

With regards to the cast, Miles Teller, Kate Mara and Jamie Bell feel out of place and their performances feel a little emotionless, whereas Michael B. Jordan and to an extent, Toby Kebbell, actually show glimpses of real character.

However, the different angle in the film (it’s all about the science) makes a more interesting premise than just your average trip into space, and the plot element of them being involved with the military brings a more sinister side to the story.  In comparison with past superhero films, who are given free reign of the abilities regardless of the consequences (e.g. The Battle of New York), the idea of manipulation gives Trank’s film a little edge that works in its favour but doesn’t help it enough to make this a credible effort.

Overall, Fantastic Four has its moments but it ultimately doesn’t bring anything new to the table.

Fantastic Four is out in UK cinemas from Thursday 6th August.