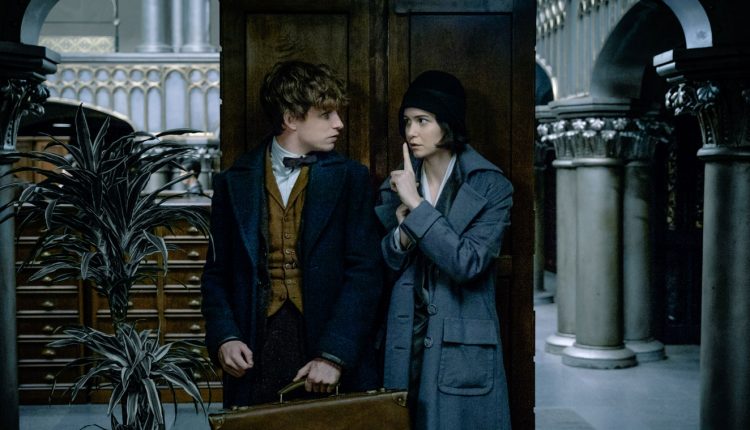 Fantastic Beasts and Where to Find Them (2016)

Nearly ten years after the publication of Harry Potter and the Deathly Hallows, there is no dampening of the appeal of the Boy Who Lived. The Harry Potter and The Cursed Child play is sold out until mid-next year and now, Warner Bros. and author J.K. Rowling is introducing a new series of films taking place 70 years before Harry was born.

Fantastic Beasts and Where to Find Them follows British wizard and ‘magi zoologist’ Newt Scamander (Eddie Redmayne) in 1920s New York, where his collection of magical animals (the eponymous ‘beasts’) risk the secrecy of the wizarding world.

Inspired by a spin-off ‘textbook’ by Rowling, the concept of Fantastic Beasts makes it an indirect adaptation of sorts so she, in her screenwriting debut, along with director David Yates have had to create something using very little detail. Given their collective experience in Potter-related projects, not to mention the financial success of the films, there is a solid infrastructure and reason to expand the Potterverse for old and new audiences.

However, this is the film’s fundamental weakness. The Harry Potter films follow an endearing hero as he confronts threats on his life – here, we have a bumbling character with a penchant for magical creatures trying to correct the mistakes of others. The unfamiliarity of the story makes it easy to lose interest and compare with the Potter films, which have more intrigue and mystery.

Rowling’s script is full of light-humoured mannerisms but the amount of detail involved, along with the numerous plots going on in the film, loses its impact and ends up coming across as unnecessarily drawn out.

The casting is also unbalanced; too much focus is on the underdeveloped Newt, leaving very little progress for the supporting characters. Redmayne feels one-dimensional as the awkwardly understated protagonist and Dan Fogler brings the welcome comic relief as ‘no-maj’ (US Muggle) Jacob. It is a shame to see talented actresses such as Samantha Morton and Katherine Waterston not have enough screentime, as their respective characters bring a complexity to the otherwise-bland story.

However, Yates delivers the fun-filled action, especially in the fight sequences, and the animation involving the beasts is superb. A refreshing addition to the Potterverse, it serves as an appropriate foundation for its forthcoming sequels that will hopefully open up more opportunities for the ever-expanding franchise.

Overall, Fantastic Beasts and Where to Find Them is everything audiences want from a fantasy family film – magic, light comedy and lots of CGI. But with so much going on at the same time, it is easy to get lost.