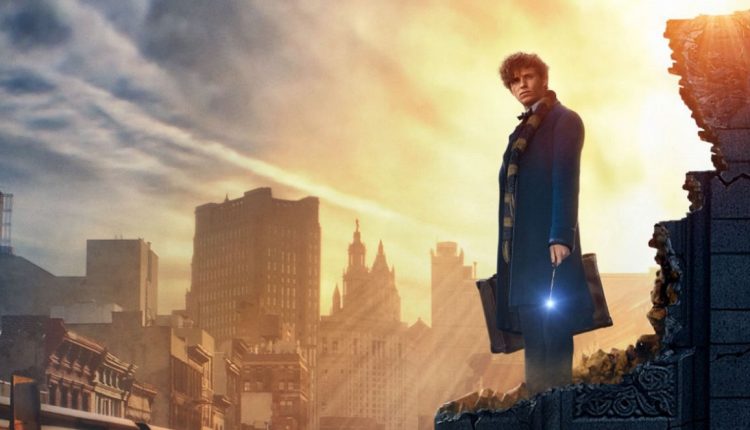 Directed by David Yates, who helped to bring the last four Harry Potter movies to the big screen, and written for the screen (adapting her own source material) by J. K. Rowling, you’d be forgiven for thinking that this latest cinematic trip into the world of wizardry we last wandered through in the company of Harry, Ron, Hermione, and co. would be an easy film to get right. I have no doubt that it will perform as expected, perhaps even beyond expectations, at the box office. And I have no doubt that many families will enjoy their time spent at the cinema watching Newt Scamander (played by Eddie Redmayne) trying to reclaim some of the meddlesome menagerie of creatures that escape from his suitcase to cause all kinds of problems. But there’s just something that doesn’t feel as it should.

Perhaps it’s to do with the casting. While I have nothing personal against Redmayne as a person, and he seems lovely and self-deprecating whenever he has to do the PR work, he just never seems to create a warmth in any lead role. Which I suspect is supposed to work for this character – and is highlighted in a moment between Newt and muggle/no-maj Jacob Kowalski (played by Dan Fogler) when the magizoologist says something about how people don’t tend to view him as a very likeable person – but doesn’t really help when this is the character that audiences will now be bound to for a proposed 5-movie series. Fogler, in contrast, is great fun. His scenes are some of the best in the film. Katherine Waterston and Alison Sudol also do well, although their characters are quite weak when compared to some of the other great females that Rowling has created. Colin Farrell excels as Graves, doing such a grand job that I wish he’d managed to land a role in the Harry Potter movies, and Samantha Morton and Ezra Miller impress, involved in many of the darkest scenes of the film.

Perhaps it’s to do with the fact, as many others before me have already mentioned, that this film feels very much like a set up for the REAL storyline that will probably knit together the sequels.

Or perhaps it’s just the fact that too much magic zipping and zapping all over the screen ends up, almost paradoxically, making many moments seem rather mundane. Our first steps into the world created by Rowling, both on the page and on the big screen, were steps that led us, eyes wide, into fully-realised magical worlds. And that ability to impress just seemed to grow with each new chapter in the tale, thanks to a gradual opening up of the world and the storylines. Fantastic Beasts And Where To Find Them has a lovely selection of animals, and I defy anyone to find fault with the absolutely gorgeous production values bringing 1920s New York to life, but it also tries to dazzle viewers in scenes that just, frankly, feel like overlong and unnecessary moments of indulgence. Do we really need to see how many different animal environments are contained within the physics-defying confines of Newt’s suitcase? Does the finale really have to be quite so frenetic and hard to watch?

I would be an absolute curmudgeon if I told people to avoid this film. Kids will enjoy it, of course, and they ARE the main demographic. It’s just a shame that it’s at least 30 minutes too long, doesn’t make the lead character more engaging, and keeps trying to go bigger and bolder when most of the best scenes either involve a bemused Fogler or the pursuit of a cute little thief creature, a niffler, who fittingly steals the movie.