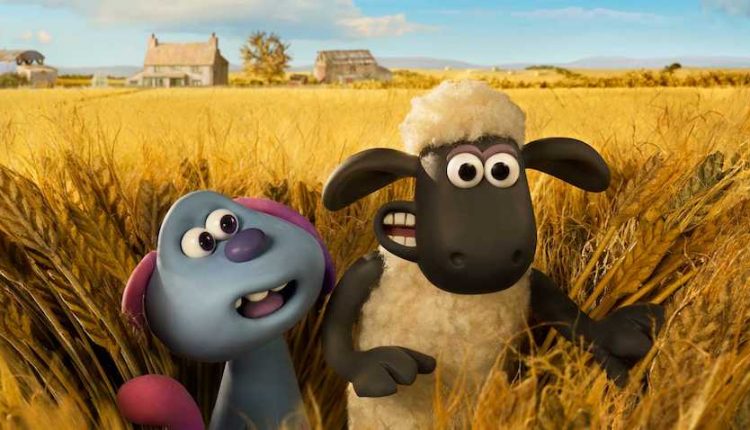 When Wallace and Gromit film A Close Shave debuted in 1995, Aardman didn’t know that a supporting character would become a breakout success. After making his first appearance 24 years ago, Shaun the Sheep has gone on to star in his own TV series and spin-off film. His latest adventure is a sequel to the acclaimed 2015 feature.

Directed by Will Becher and Richard Phelan, A Shaun the Sheep Movie: Farmageddon sees Shaun and his flock encounter Lu-la, an alien who has crash-landed near Mossy Bottom Farm. With ‘secret agents’ hunting her down, Shaun decides to defy farm dog Bitzer and help Lu-la return home.

After the dull 2018 film Early Man, Aardman has returned to a beloved character for their latest feature. Taking a staggering four years to animate, Farmageddon appeals to all ages, ranging from fans of A Close Shave to younger audiences.

In the film, the mischievous eponymous character is at ends with Bitzer, who prevents Shaun and his flock from having any fun. But when Lu-la appears, there is a sense of responsibility that quickly overcomes Shaun – especially when he sees her abilities and child-like curiosity to sugar. In hindsight, it is strange to a rebellious character trying to prevent mischief so this offers a somewhat mature narrative for a kids’ film.

Farmageddon takes inspiration from several famous (grown-up) sci-fi films, but these tend to stray into the gory and the mentally scarring. However, screenwriters Jon Brown and Mark Burton tone down the ‘fear of the unknown’ behind science-fiction to provide a simplistic version of the traditional cinematic close encounter. There is an emotional connection between the protagonists but there are no lasers, guns or surgical experiments at Mossy Bottom Farm – put simply, Farmageddon is the candy-coloured alien adventure that kids dream of.

Farmageddon‘s notable lack of dialogue makes it a mostly visual affair. Through brilliantly creative stop-motion, Becher and Phelan incorporate physical comedy with Aardman’s traditional British wit to cram a joke anywhere they can. These are often played short and sweet to avoid diverting the attention from the adventure but they are effective enough to be gigglesome. When combined with nods to classic science-fiction film and TV, it is a free-for-all on visual gags.

Overall, A Shaun the Sheep Movie: Farmageddon is a fun-filled adventure for the whole family that celebrates one of Aardman’s best-loved characters.

A Shaun the Sheep Movie: Farmageddon is out in UK cinemas on 18 October.