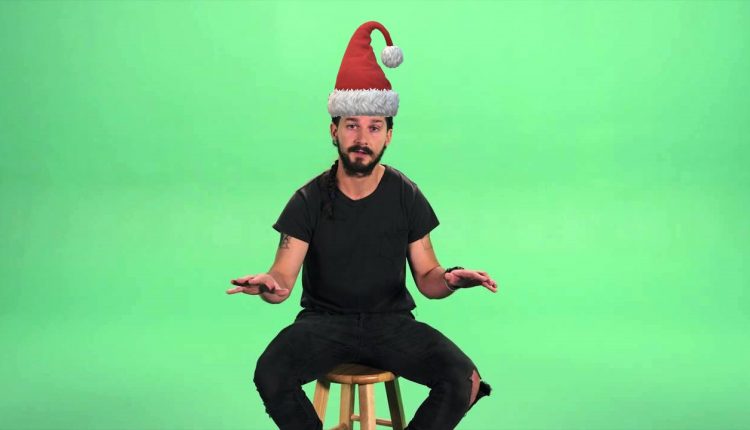 Movies are everywhere at this time of year. And since this is my only job, I watch them all. Also, I’m not allowed to go out by myself, after dark, and it gets dark really, really early during Santa time. And my mum gets worried because the last time I went out alone, I came back with a girl that I met at the shops, who said she would be my girlfriend, if I let her live with me.

And I said yes, because I’m a giving person. But Mum said no because she knew the girl and said she was ‘riddled’ and had four kids.

Christmas is a time for giving. Santa Claus comes down your chimney and watches you sleep, which is creepy, but at the end of it, he does give you a present, which I guess makes him less of a nonce, but then, Santa hasn’t come to my house in years. I’m not sure why, but I think, maybe he was mates with my Dad, and he’s gone now, to live with that other family that aren’t me, because he said I was ‘brain wrong’ and a ‘twat.’

Anyway, before he left, my Dad gave me his camcorder and I thought that since FlickFeast gave me a job this year, maybe I should do a video.

With pictures and words. It’s like being inside my head, but my head is a tv screen and it’s playing happy things instead of the scary stuff I usually think about, like how high is up?

But anyway, I hope you all remember to enjoy Christmas and don’t forget to send Jesus a birthday card, although, really, we probably shouldn’t, because cards are made of trees, and trees are wood, and we nailed him to that.

But the turkey is good. It’s like chicken, but bigger.

Flim Weakly will return in January 2019. If he remembers to get a new calendar.