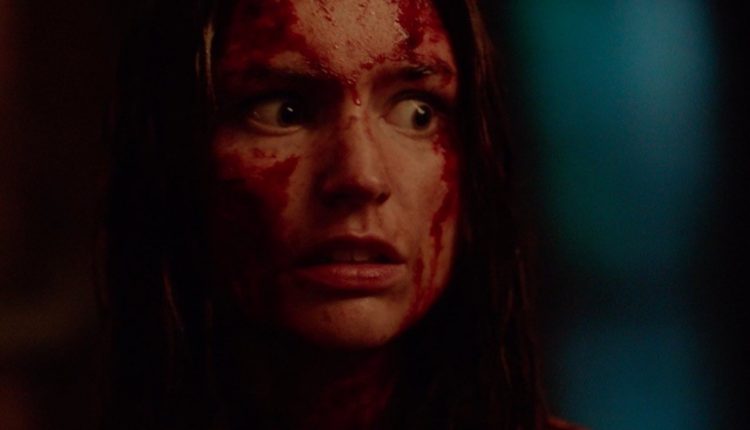 Here’s a question. Is it possible to make three movies within one, each of which feels distinctive, yet come together to form one complete, cohesive experience?  Well, having seen Leatherface – the latest attempt to reboot the cult franchise which started with The Texas Chain Saw Massacre (1974) the answer would have to be a resounding yes.

Everyone’s story starts somewhere. Leatherface (Finn Jones) – notorious in the annals of Texan crime for what he and his family did to a group of young hippies during one long hot summer in 1974 – was not always the blood thirsty killer with a chain saw fixation. But growing up in the bizarre, inbred Sawyer family in rural Texas during the 1950s would be enough to unhinge anyone. And of course being locked away in a mental institution for ten years probably didn’t help, as anyone unfortunate to come across him when he eventually escaped found out.

Leatherface – not to be confused with the third film in the series from 1990, which had the same name – may not provide the subtlest of cinema going experiences, but it is none-the-less an arresting, shocking and unforgettable piece of filmmaking. Basically the action falls into three perceptible segments: that chronicling the events in the hospital where the young Leatherface is incarcerated (for his apparent own good), his escape from said institution and the proceeding cross country trek (along with three fellow detainees and a hostage nurse) and his eventual reunion with his family from hell. Though each part has its own essence, they all come together seamlessly to create an overall picture of twisted family values, violence and pity for a character who, deep inside, you can’t help but feel lies some essence of humanity.

The feel of Tobe Hooper’s original film rests heavily on all aspects of the new instalment: hardly surprising perhaps considering that Hooper is one of the production’s executive producers. From the pre and post opening credits scenarios, to the final, gut wrenching finale, the filmmakers have captured marvellously the isolation and muted tones of Leatherface’s homestead and surrounding countryside: indeed one early victim’s approach to the location of her eventual death, shot from behind and at a low angle, making the rippling grass and a dilapidated barn loom massively above her, mirrors Terri McMinn’s approach to the Sawyer farmhouse some twenty years later.

Ultimately however what people really want from these films is blood and guts – whether simply alluded to as in the original outing, or full-on, in-your-face, as it’s given here. If you’re looking for subtlety, then this is not the film for you. If, on-the-other-hand, you like flesh ripping horror, where chain saw blades meet – and cut through – bone and sinew, then this movie was created with you in mind. From the opening, until the final frames, nothing is left to the imagination which, in this case, plays in the film’s favour.

It’s hardly spoiling anything to disclose that the film’s namesake survives to the end – after all he had to remain around for Hooper’s original. However, even bearing this in mind, the film manages to produce a particularly downbeat ending, which will shock and rivet the viewer right until the closing frames.

Leatherface will be released on DVD in the autumn.