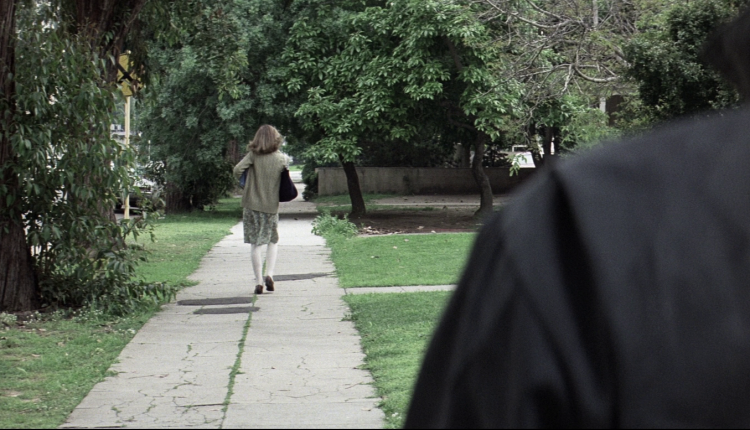 Some films are like old friends: no matter have many often you see them, there are still new things to discover each time you meet. Such is the case with Halloween (1978), the original teenage-slasher film which is receiving a remastered re-release to tie in with the new reimagining of the cult franchise out this autumn.

It’s Halloween night, 1963 in the town of Haddonfield, Illinois, and young Michael Myers (Will Sandin) goes off at the deep end, inexplicably murdering his sister Judith (Sandy Johnson), a killing for which he is locked up in a high security hospital for the criminally insane.

Jump forward fifteen years and the grown Michael (Tony Moran) escapes from his incarceration, heading back to Haddonfield pursued by his psychiatrist Dr Loomis (Donald Pleasence). Once home Michael begins a night of terror which the residents of Haddonfield — and in particular, three teenage friends Laurie (Jamie Lee Curtis), Lynda (P.J. Soles) and Annie (Nancy Kyes) — will never forget.

Where exactly does the magic of Halloween lie? Everything about it — cast, story, setting and direction — come together in a perfect storm of subtle scares and delicately nuanced horror. The elements director John Carpenter understood and combined to such effect, are the things which have given this film its timeless appeal.

A suburban neighbourhood location, adolescent relationship problems with friends and family, school bullying and seasonal cultural traditions all play their part in making the story of the fateful Halloween night in 1983, recognisable to everyone and hence all the more terrifying.

One of the odd things about the film is that, other than the admittedly gory opening sequence, there is actually very little violence present, at least in the modern understanding of the word. That which does appear doesn’t kick in properly until two thirds of the way through, mostly consisting of strangulations and bloodless stabbings.

Frights aside — many of which are old school where things pop out when least expected — the real appeal of the film is in the way it captures the essence of small town America. Wide open streets with detached houses separated from the road by perfectly manicured lawns, schools where the only thing on the pupil’s minds is who they’re going to go to the school dance with, and teenage babysitters who let their young charges sit up to watch reruns of 50’s ‘B’ movies on Halloween night.

The central cast of Curtis, Kyes and Soles were still relatively new to acting when they made the film, with Soles the oldest and probably most recognisable through her role in cult shocker Carrie (1976). This freshness comes through on screen, lending their characters an extra sense of vulnerability amid the mayhem.

Of the adults Pleasence clearly takes centre stage as Michael’s nemesis Dr Loomis, with Michael himself – or the ‘shape’ as he has become known – only putting in sporadic appearances: as with Jason in the Friday the 13th series, it was not until further instalments in the franchise that Michael became more of a visible protagonist. The rest of the ‘grown-up’ roles are simply fillers, with the likes of Laurie’s teacher at school reduced to a mere off camera voice à la Charlie Brown.

Whether the next instalment in the Halloween series lives up to the hype remains to be seen – it promises much as Carpenter and Curtis are both involved. However it turns out though, there is no way that it can top the chilling atmosphere that the original film retains to this day.