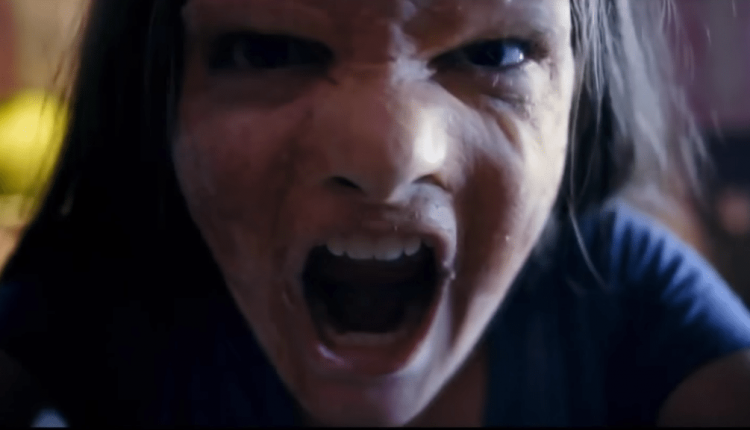 Beauty may only be skin deep but ugliness runs to the core in The Cleaning Lady. Screened at Frightfest, it features two female characters that on the surface appear to physically and socially be polar opposites. However both have dark, ugly aspects to their personalities.

As a means to distract herself from an affair she is having, Alice (Alexis Kendra) befriends Shelly (Rachel Alig). A shy, disfigured woman who works as a maintenance and cleaning lady in her building. Initially bemused but grateful for the attention she receives from Alice, Shelly’s attitude changes when that attention starts to wander.

The film feels akin to Single White Female and Takeshi Miike’s Audition in how the naivety of a central character and their misplaced trust leads to their ultimate downfall.

When the slow burn (pardon the pun) finally gives way to action, Jon Knautz‘s film really comes into its own.

Alice and Shelly could each be seen to be the hero or villain of the piece. This is because of the strong characterisation and performances from the two leads. Both want to help the other one but in their own twisted, selfish ways.

This is a horror film. A point made crystal clear from the opening scene that shows the creation of a rat smoothie. As such, the audience are always waiting in anticipation for the moment where it truly embraces the genre.

It could have potentially followed the structure of Audition. Hold off on the hints at Shelly’s past and play it straight as a story about female friendship. This would have increased the shock value of what transpires in the third act. One which sadly ends too abruptly to be truly satisfying.

Much like the main characters, The Cleaning Lady has scrubbed up nicely and certainly looks the part but masks a number of sins under the skin.