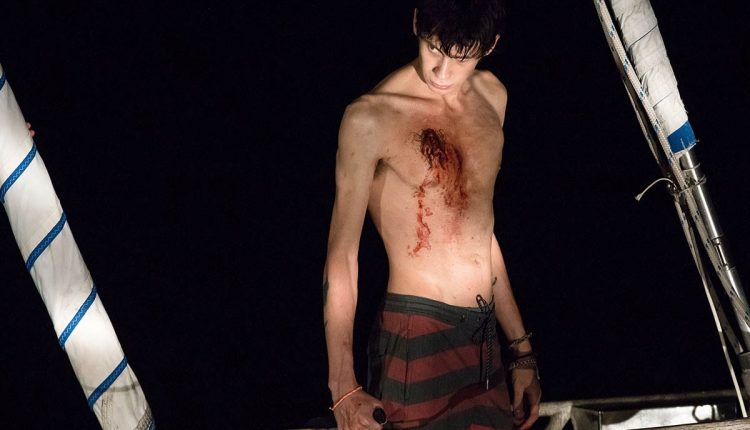 I suppose the new horror / thriller Mary, from American director Michael Doi, proves one thing if nothing else – namely that you shouldn’t set your expectations too high.

Based around the premise that parts of the original Mary Celeste ghost ship have been incorporated into a new boat, resulting in the evils of the original ship coming back to terrorise the owners of the new one, and starring British acting icons Emily Mortimer and Gary Oldman, you could have been forgiven for expecting something more substantial than this.

In reality however, the film is as flimsy as the mists which encompass the boat at it’s centre, as insubstantial as any truth surrounding the mystery of the original Mary Celeste. It looks authentic, filmed as it was on a real boat in the waters off Orange Beach, Alabama, and the claustrophobic atmosphere of life onboard what amounts to little more than a wooden box in the middle of the ocean, is captured to suitably chilling effect. It also manages to give the impression of endless nooks and crannies onboard the boat in which various ghosts and ghoolies can hide before jumping out when the characters, and viewer, least expect, which they do to admittedly startling effect on several occasions.

However, even these old school scares do little to lift the film above the level of straight to DVD or late night TV and, with a cast of characters for whom you feel little empathy, the viewer is unlikely to be concerned one way or the other as to their fates of that of their vessel. As often the case with an increasing amount of genre films, Mary fails to live up to the promise of its title and the advertising surrounding it. Ultimately, though a harmless way to pass an hour or so, once the credits – like the ghostly ship around which the story is set – have sailed into the horizon, there is little here to weigh anchor in the viewer’s long term memory.