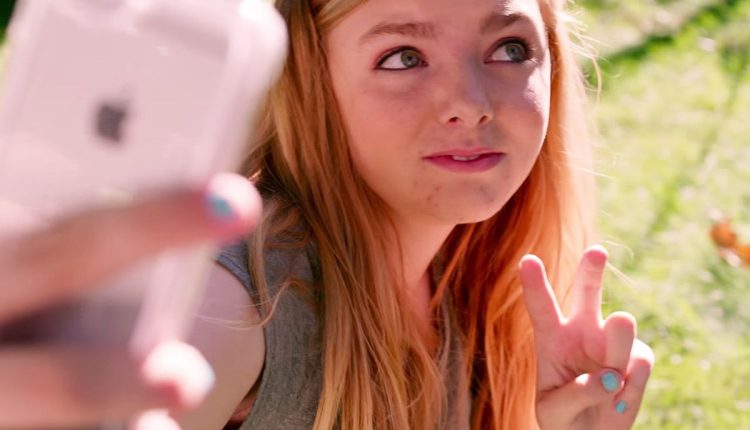 Finally after what seems like an eternity, and a DGA and WGA award, Eighth Grade – Bo Burnham’s feature debut as a writer-director – arrived at this year’s Glasgow Film Festival before its UK release date of 26th April – the same weekend as Avengers: Endgame. But then again, not all heroes wear capes.

Played by Elsie Fisher in a true breakthrough star-making performance, Kayla Day is the heroine that we all need and deserve right now.

Kayla is a middle-schooler on the cusp of making the leap to high school and spends her time moving silently and awkwardly through the corridors glued to her phone whilst simultaneously filming inspirational vlogs on YouTube about how young people can survive the elementary life.

Bo Burnham, himself a former YouTube star, has been described as a stand-up comedian for 13-year-old girls and he proves to be the ideal choice to tell this story.

He perfectly captures an authentic experience of what school would be like at this time. No-one speaks in a cool, hip Hollywood way saying “Fetch” and the like. The scenarios and obstacles and worries that Kayla faces, all amplified through the medium of social media, are at their heart completely relatable and universal to anyone who has been to school.

This movie is essential viewing for teenagers about to enter secondary (or high) school in the age of social media, as well as parents trying to understand or just get a glimpse inside what their children are doing on their phones all day.

Burnham may be a Freshman when it comes to filmmaking but with Eighth Grade, he is graduating with First Class Honours.