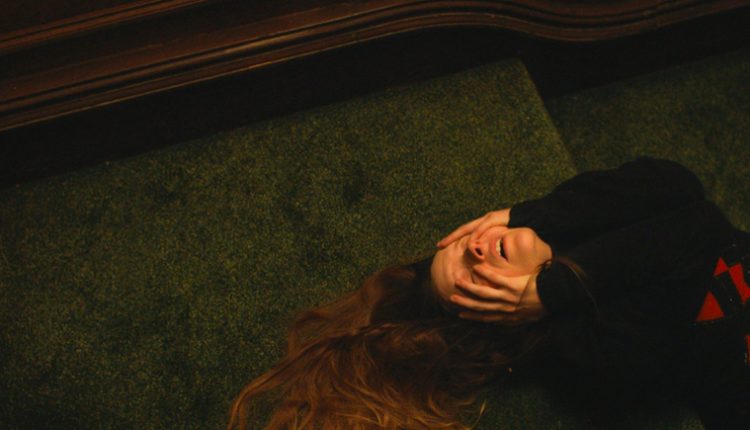 Similar to the voice in the head of Saint Maud that guides her, there is a new voice in British horror that will cause people to stand up and pay attention. That voice is Rose Glass. Whose debut feature is a bone-chilling masterpiece.

The eponymous “Saint” Maud is working as a care nurse in the coastal town Scarborough when she is assigned to care for a former dancer with cancer. The two form a close bond and Maud comes to believes she is there to save her soul from damnation.

Reviews have already compared the film to classic horrors such as Repulsion, The Exorcist and Carrie. However the relationship between Maud and Amanda brings to mind Whatever Happened To Baby Jane?

Stuck together in an old house on top of a hill, the two women test each other. Maud sees Amanda as her ward, her charge and a soul to be saved. Amanda on the other hand sees the naive and sanctimonious Maud as a curiosity. A toy to be played with and the battle of wills between the two forms the heart of the film.

It is a wonderful dynamic with Jennifer Ehle’s American drunken, droll diva the perfect foil for Maud. She pushes her to the limits of her faith and connection with God… one that might not be healthiest of even real. As evidenced by her intense physical and emotional reactions to “his” presence.

Glass keeps her cards very close to her chest, leaving the audience unsure of whether there is a malevolent force whispering sweet nothings in Maud’s ear or if she is suffering from a mental illness.

What is deafeningly clear is Glass’s talent to create a creeping sense of dread and unease. Whether it is her use of framing within the house to enhance the ever-shifting dynamic of power and control. Or the seamless implementation of CGI to heighten Maud and the audience’s sense of fear and confusion.

It all adds to the tense atmosphere and mood. One that Glass stokes with moments of wince-inducing imagery but pleasingly unreliant on cheap jump scares. Having said that, there is one jump scare in Saint Maud that is so well executed that is had audiences leaping out of their seats and unable to settle for several minutes. It is easily the best example of its craft since The Descent or The Orphanage.

Yet for all Glass’s evident talent, the film would ultimately fail if not for the right actress in the role of Maud. In Morfydd Clark, she found that actress. She is pitch perfect. Effortlessly switching between calm and caring to vicious and vengeful like a zealot Annie Wilkes. Her “mission” to save Amanda, coupled with a deteriorating mental state, brings the character in line with Taxi Driver‘s Travis Bickle. It might seem an odd reference point but the cinematography of the gritty, grimy neon light of Scarborough’s beach front echoes the hazy look of Times Square in the Seventies.

Saint Maud impressed A24 at the Toronto Film Festival, who added it to their growing catalogue of “elevated horror”. The film will certainly elevate writer-director Glass and actress Morfydd Clark to dizzying new heights.

Saint Maud is released in the US on April 3 by A24 and in UK cinemas on May 1 by Studiocanal.